U14 BNT gets double dose of CA sides 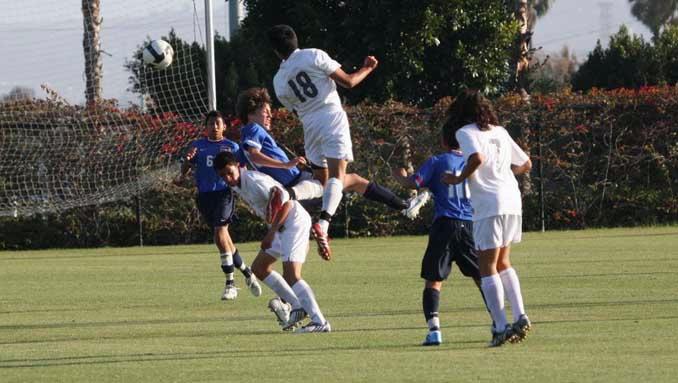 The results were mixed, with one group losing 3-0 to Fullerton Rangers and another drawing 1-1 with Albion SC (CA). 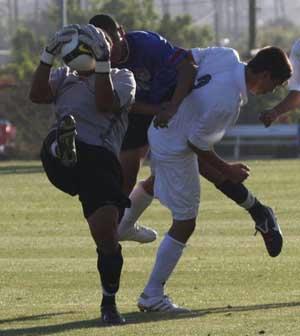 U14 BNT vs Fullerton Rangers
Fullerton’s Jordan Brinkley pitched the shutout in goal for the first match, benefiting from strikes by Luis Garcia and Javier Hernandez, plus an own goal. Fullerton deserved the victory, but Brinkley definitely helped the team cause with some good saves.
Billy Stevens was good in defense for the U.S., the New Yorker decisively stepping to the ball and showing some good prowess in the air. Wilson Rios and Brandon Tetro both had good strikes sail narrowly over the crossbar.

The 2nd match looked like another U.S. loss until 2nd half substitute Emerson Hyndman stole a pass in the forward third and then played a quick ball to Rubio Rubin, who equalized after a nice 1-2 played with Chicago-area forward Cesar Alba. Those three players along with Surf SC’s Corey Baird gave this particular squad a much-improved performance in the 2nd half, Baird in particular doing a lot to win balls in the midfield for the U.S. Joab Santoyo and Vernon Bailey were good for the U.S. in the 1st half.

For Noah Gins’ Albion side, Ari Lassiter (a U14 BNT player from two years ago), scored early on an assist from Francisco Magallom. Jordan Bingham was good in midfield and Colin Webb was excellent in goal.

The team that drew Thursday had picked up a 3-1 win over Fram Gunners on Wednesday, while the team that lost Thursday also dropped a 1-0 decision Wednesday to a West Coast FC team. The U.S. team will play two more matches to close out the camp on Saturday.