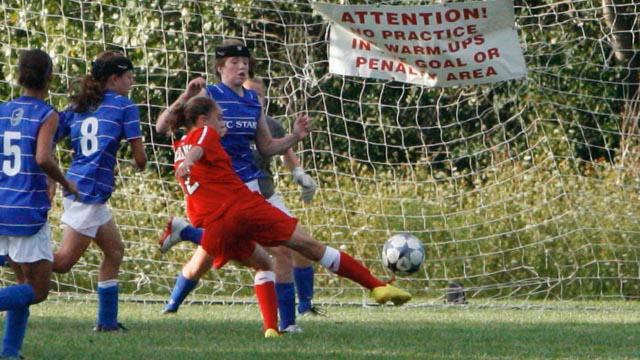 Don’t look now, but there may a new powerhouse on the horizon in Girls Soccer.

The Dallas Texans U14 squad coached by Tim Bennett just won an impressive victory over tough opposition at the Eclipse Select Challenge Cup in the Greater Chicago area. Success is not new to this squad. They have won 3 successive North Texas State Cups and were finalists last year in the U13 Division at the Disney Junior Soccer Showcase. But this is the team’s first year of eligibility for a U.S. Youth Soccer national championship and the season starts now, so coming out on top is a very good sign for the group. 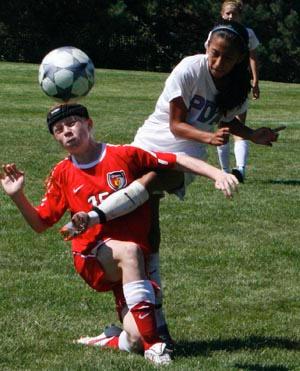 Lauryn Bruffett
On the way, Texans claimed some very impressive victims, beating St. Louis Scott Gallagher 5-1, Stars of Massachusetts 3-2 and Cleveland SC 3-2, along with a 1-1 draw vs. Eclipse Select East in group play. In the semifinal, Dallas beat Eclipse Select West 3-1, then defeated New Jersey giants PDA 2-0 in the final.

“It was a great field up there,” Bennett said of the tournament. “To beat PDA, Eclipse, Stars of Mass, well that was very good.”

Not that winning was the coach’s sole purpose for making the trip.

“We’ve only been practicing since Aug. 1. We were using this as a jumpstart for the season. We’ve got (Region III) Premier League in Tulsa starting this weekend. We look at it as a time to get better with every game,” Bennett said. “Winning wasn’t the emphasis so much on seeing how we can improve, how to integrate 3-4 new players we have and go from there. Winning the event turned out to be a bonus on top of it. We got better in different aspects of the game.”

Bennett singled out the team’s defensive shape as having been good, and credited his strikers and defensive midfielders with showing a healthy willingness to do the extra work needed on the field. Outside backs were also credited with improving over the weekend at getting forward.

Bennett explained that a philosophy at the club held by himself and Girls DOC Ryan Higginbotham is to play 4 at the back and really teach the proper way to play the game, no matter what variations might be made to the team in midfield and attack. 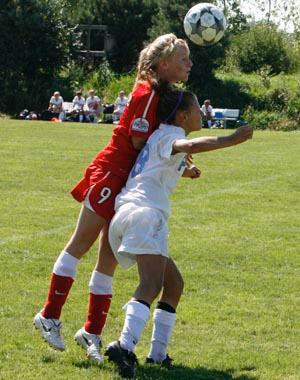 Bailey Hierholzer
“Coming out of my years in college soccer, one of the reasons Ryan hired me is to make sure the kids were given the right set of tools tactically, technically and mentally to go and do well in the college game,” Bennett said. “Too often I saw players who if they were pulled out of a system didn’t really understand the game outside of their system, so we had to go back and teach it. I feel strongly that you need to teach a system but also the game within a system.”

The Texans’ system at the tournament was to score goals. Striker Emily Bates had 8 of her own on the weekend. Bennett emphasized that her individual success was definitely a result of team effort.

“She has the potential to be a very good player for Texans in the years to come, but she was also the beneficiary of 3 or 4 other talented strikers on this team. We have Desiree James, Brittany Crabtree and others. Overall they all benefit from each other,” he said. “They are a very unselfish group. These players wanted to come and train together and get better. They are very determined but also very good teammates for each other. The culture here in Dallas tends to be for parents to say ‘If my kid is not playing all the time here then I’m going to move to the next team, because she is the best.” But the attitude we have with this group makes for a solid foundation both for winning and developing players.”