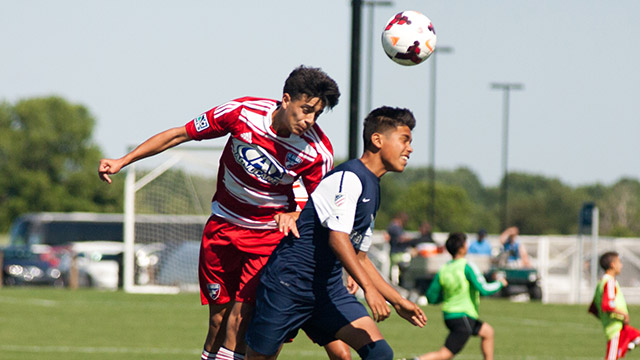 The U14 Development Academy Showcase wrapped up in Indiana on Wednesday and these are the players that stood out for us.

F Landen Haig and F Raul Aguilera, Orlando City: Haig didn’t score in Orlando’s 1-0 win over the New York Red Bulls, but he was a constant threat in the box with his size. Haig’s threat of instant offense for Orlando kept the New York defenders occupied and helped create space for another Orlando forward, Raul Aguilera. While Haig won’t get credit for the assist, he set up Aguilera for the match’s only goal. After Haig’s deep pass, Aguilera showed off some skillful dribbling to avoid defenders and create space before finding the back of the net.