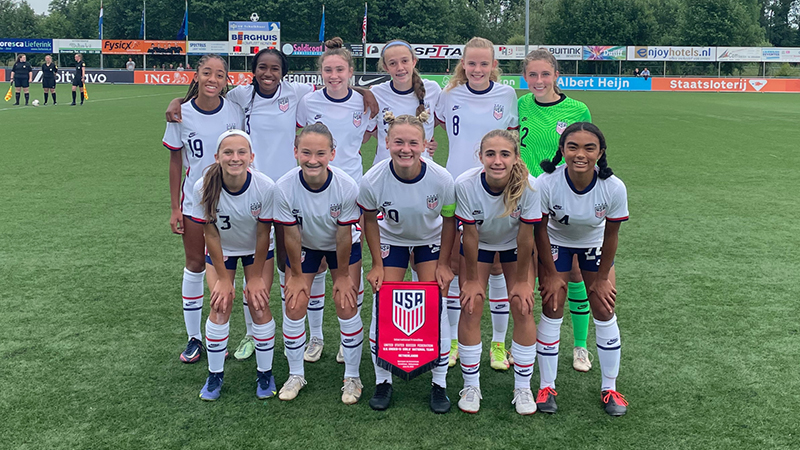 The U.S. Soccer Federation has the chance at a clean sweep of 2022 regional youth tournaments when the Concacaf Under-15 Girls Championships begins on Sunday, July 1.

Drawn in Group B of League A (the 32 teams are split into two separate divisions), the U.S. looks to win the competition for the third time overall; title winners in 2018, the 2020 edition of the tournament was canceled due to the COVIID-19 pandemic. Games will take place at the Hillsborough County Tournament Sportsplex in Tampa, Fla.

U.S. preparations for the competition began this past week, as the team was summoned to Florida for 10 days of training in the buildup to the tournament from July 20-30. Head coach Katie Schoepfer had three training camps dating back to January, including a successful trip to Europe that featured wins against Germany and the Netherlands.

The top two finishers in each group progress to the semifinals on August 5, with the final set to take place on Saturday, August 7.

Here’s a brief overview of everything to know from a U.S. perspective. Games are expected to be streamed online, but details have yet to be full confirmed.