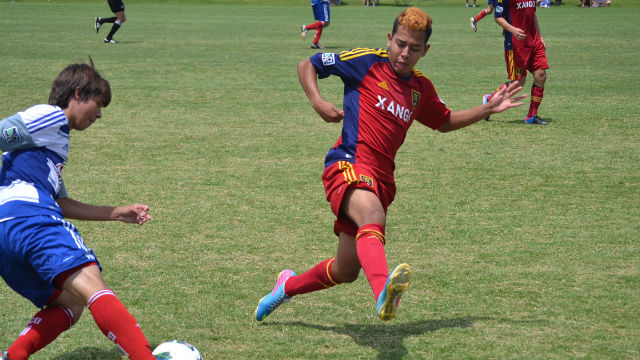 For U16 squads, the stakes are a bit different at the Academy Playoffs than their older counterparts.

While most U18 players at least know their college future, and a small select have signed a professional contract, several U16 players are still on the hunt to impress college coaches and scouts. And many Academy standouts at the younger age group

Here’s a look at the U16 Academy Playoffs Best XI:

GK: Andrew Ferber, De Anza Force – The Force had a lauded defense coming into the playoffs, but Ferber exceeded even those expectations. He made an enormous penalty save in De Anza's 1-0 win over the Chicago Fire on the final day in Frisco. On the back of that stop, the Force are headed to Houston.

D: Enda O'Neill, Colorado Rapids – The younger brother of U20 defender Shane, Enda was a lockdown defender for Colorado at right back. The Rapids gave up just one goal from the run of play in Frisco, and O'Neill's tears down the right flank only added to the attack.