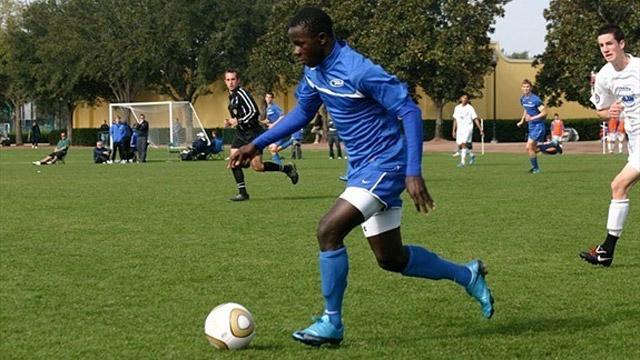 With six weeks left in the U16 Academy season, just one of the 10 divisions is decided. Close races abound all over the country and we’re here to recap everything from last weekend.

Sitting well behind the leaders of the Liberty Division, New York Red Bulls needed to take care of business against last-placed Met Oval and did they ever. Through a hat trick from Eric Lagg and goals from Anthony Casagranda, Freddy Elliot, Arun Basuljevic, Armando Moreno, Ross Tetro and Torben Halvorsen, the Red Bulls won by an amazing 9-0 score. 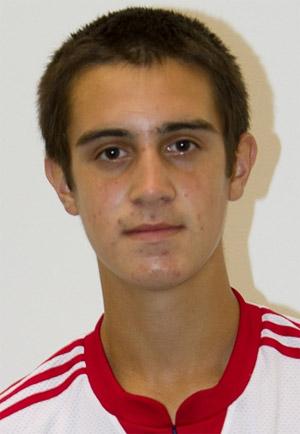 Ross Tetro
At the top of the division, FC Westchester and Albertson SC faced off in a huge match between first and third place. First-placed FC Westchester ran out 1-0 winners on the day through a late Lucas McBride goal to hold onto a three point lead in the division. Hot on their heels is Cosmos Academy East who kept pace with a 1-0 win over Players Development Academy through a Yankuba Janneh goal.

In the ultra-tight Mid-Atlantic Division, PA Classics took over first place beating Potomac 3-0 on goals from Joseph Julius, Cody Shirk and Zach Herstek. Their Sunday win over DC United would be much closer but goals from Connor Maloney and Christian Kaschak held up to win 2-1.

Baltimore Bays sit just one point behind PA after beating Match Fit Chelsea on Saturday 1-0 on a Christian Morales tally, though they would give up 1st place on Sunday managing to only draw 0-0 with NJSA.

Northeast Division leaders Empire United solidified their position with a 2-0 win over Seacoast United on goals from Stefanos Stamoulacatos and Charlie Consentino. New England Revolution made a big statement this weekend pulling into second place behind a six point weekend. It started on Saturday with a 2-0 defeat of South Central Premier on goals from young star Diego Fagundez and Peguy Ngatcha. On Sunday, they solidified their position near the top with a 2-1 win over Oakwood SC on goals from Forest Sisk and Mitchell Taintor (Rutgers).

Just one game on a light weekend saw North Carolina Fusion defeat North Meck 4-0 behind two goals from both Brandt Bronico and Craver Stamey. Fusion sit 6 points behind Charlotte Soccer Academy with four games to play and a showdown on the last weekend between the two in-state rivals.

In the SoCal Division, RSL-AZ sit seven points behind leaders Real So Cal but have three games in hand. They did themselves a big favor this weekend beating Cal Odyssey 3-0 with goals coming from Jose Navarro, Dylan Kelly and Romain Gall. RSL sit tenuously in a wild card playoff position. 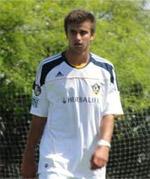 Justin Dhillon
Real So Cal had a nice weekend, gaining four points from two games in Northern California. On Saturday, they traveled to De Anza Force and shrugged off an early Ron Renznichky goal, scoring three unanswered from Shane Steffes, Quentin Anson and Luis Perez Jr to win 3-1. Facing off against Santa Cruz Breakers on Sunday, they would stumble to a 0-0 draw, but I’m sure they’ll be happy with the weekend overall.

Second-placed Pateadores will be less happy with their weekend, drawing with two of the lower sides in the division, LA Galaxy and Chivas USA. Pateadores drew Chivas 0-0 on Saturday before a better 2-2 draw against the Galaxy on Sunday with goals coming from Robert Casner and Roberto Escudero for Pateadores while Justin Dhillon and William Raygoza tallied for the MLS side.

The other big result out west this weekend saw San Diego Surf pull themselves into fourth place by defeating Arsenal FC 3-1 behind goals from Parker Holland, Corey Baird and Ryan Kretz.

It was a huge weekend for the Columbus Crew Academy, as they took advantage of slipups from the teams below them to extend their division lead to three points with two games in hand. In a rare game against a Texas Division team on Saturday, Crew defeated Classics Elite 3-0 behind Tommy Granot, Jeremy Fernandes and Jared Robinson goals. Then on Sunday, they scored a huge 3-1 win over Indiana United with goals coming from Alexander Crognale, Fernandes and Nathan Kohl.

Second-placed Derby County Wolves slipped to a 0-0 draw on Saturday against Chicago Magic before rebounding with a 2-0 win over Chicago Fire on Sunday on goals from Andre Morris and Ali Cheaib. Vardar’s chances of winning the division are probably gone after losing to Chicago Fire 1-0 on Saturday through an Drew Conner tally. Their 4-1 win over Chicago Magic on Sunday keeps them in a wild card playoff spot, however.

Down in Texas it was a massive weekend for Texas Rush who travelled up to the DFW area to take away six points and jump to the top of the division. With an amazing 27 goals from 17 games, Kekuta Manneh is the talk of the academy right now and he did his thing last weekend scoring two goals in a 3-0 defeat of Andromeda. Then on Sunday against FC Dallas, Manneh scored in the 31st and 47th minute to cancel out an early Erick Chapa goal to defeat FC Dallas 2-1.

Second-placed Houston Dynamo also went up to Dallas this weekend and kept their division title hopes alive by defeating third-placed Solar Chelsea 2-1 on a double from Lorenzo Salazar. In their second game of the weekend, the Dynamo struggled to a 0-0 draw with Dallas Texans.

Sporting KC kept their hold on first place in the Frontier Division, drawing 1-1 with Real Colorado on Saturday before defeating Colorado Rush 3-1 on Sunday with goals from Nate Opperman, Jordan Thacker and Eduardo Moreno.