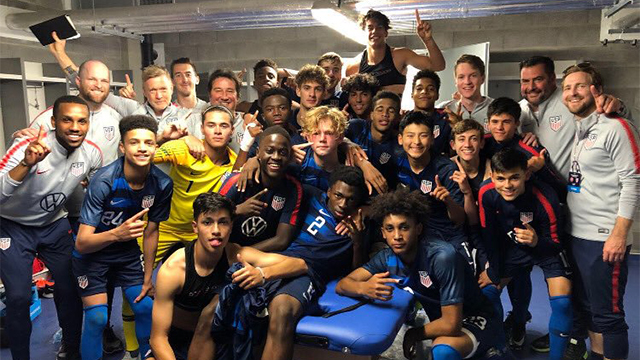 With the objective to expand and improve the Men’s Youth National Team player pool, U.S. Soccer will hold an Under-16 Boys’ National Team Talent Identification training camp from Sept. 19-23 at the Elite Athlete Training Center in Chula Vista, Calif.

Fifty-nine players from U.S. Soccer’s three main scouting regions (East, Central and West) will make up three teams at the camp. The teams will play games against each other as well as youth squads from Club Tijuana and LA Galaxy. On the camp’s last day, the squads will be reshuffled and will play against each other in two intra-squad games.

U.S. Men’s National Team legend Landon Donovan will serve as a coach with the East Select squad in Southern California. Crisitano Scapolo and Larry Sunderland return to the U-16 BNT staff after coaching the team to victory at May’s UEFA Development Tournament in the Czech Republic.

In addition to the on-field competition, the camp will also focus on off-field education. Players will be introduced to YNT principles of play and encouraged to take ownership of their development.

The camp will also expose the 59 players to U.S. Soccer’s High Performance department. A sport scientist will be on-hand throughout the event, taking Peak Height Velocity (PHV) measurements to help educate players and coaches about the impact of growth and maturation on development. The sport scientist will also educate players about best practices for nutrition and recovery.