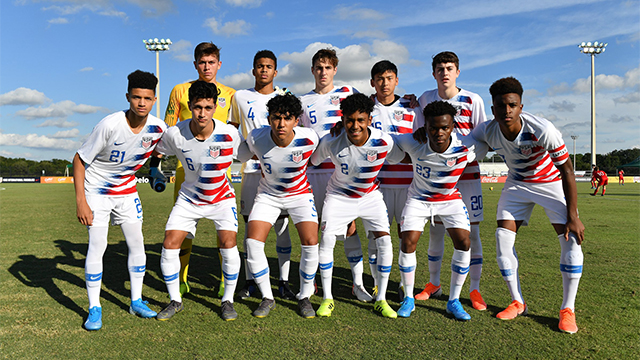 This year's format shifted the competition to earlier in the year, and featured two U.S. sides along with U16 teams from Turkey and the Netherlands.

The U.S. U16 BNT opened the tournament with a 3-3 draw against the Netherlands last Thursday. Trailing 3-1 into injury time, goals from Kevin Paredes and Sota Kitahara helped the U16s rally for what turned out to be a crucial result. The U.S. U17 side, compiled of players born in 2002 that didn't compete at this year's World Cup, defeated Turkey 1-0 on the opening day thanks to a goal from Noah Jones.

In the second matchday for each team, the Under-16 side defeated the Under-17 with two goals in the second half. Kitahara opened the scoring, before Moses Nyeman added a second in a 2-0 victory for the U16s.

Heading into the final matchday, the Under-16s and Holland were in the running for the Nike Friendlies crown. The U16s held on to beat Turkey by a 3-2 score, thanks in part to a pair of goals from Dante Sealy. In the final game of this year's competition, the Netherlands drew 2-2 against the U.S. Under-17s.

The Champions of the 2019 Nike International Friendlies raise the 🏆

Congratulation to the 🇺🇸 U-16 Squad! pic.twitter.com/OHZjWSxNyF