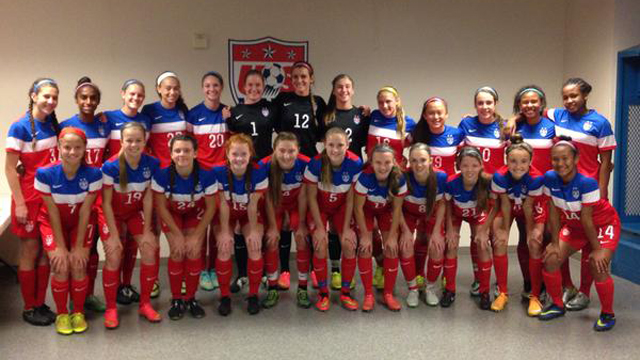 The U.S. youth national team expanded its age groups to cut out the gaps between camps for players as well as cut down on the leaps through ages in order to find a team.

Part of that expansion meant an introduction of some new teams. The U.S. U16 Girls National Team was one of the new ones added to the fold. Tricia Taliaferro, U.S. Soccer Women’s Development Coach, headed up the age group’s first camp in February with an eye toward identifying players and bringing them along within the national team program.

Taliaferro chatted with TopDrawerSoccer on Tuesday about the camp, identifying players, and what’s next for the 2000 age group.