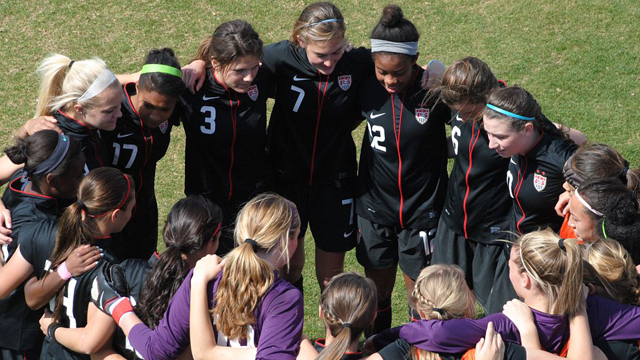 With a spot in the 2012 U17 Women’s World Cup secure, the task for Albertin Montoya switches from preparing for qualifying to readying his squad to compete at the World Cup this September.

Twenty-six players earned call-ups to the first of three camps that he plans to hold before leaving for Azerbaijan, this one starting on June 9 at the Olympic Training Center in Chula Vista, California.

Montoya has a good idea of what he wants to work on heading into this first camp.

“I’d like to get more of a one-two touch rhythm all over the field, because in the World Cup we’re not necessarily going to be able to use our athleticism to overpower teams like we were at times in CONCACAF,” he told TopDrawerSoccer.com. “So we just need to do a better job on the offensive end by combining with each other and not depending on individuals.”

Six players – two goalkeepers and four outfield players – are included in the camp that didn’t make the cut for the CONCACAF qualifying squad. 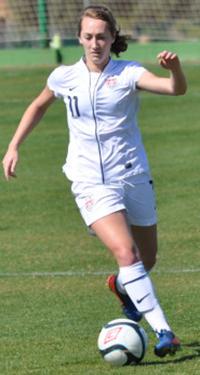 After getting a chance to see his side in action in Guatemala last month, Montoya knows that there is plenty to work on prior to readying for the next level of competition. Along with improving the team’s one-two rhythm, he has identified other areas he wants his team to tweak.

“I definitely think we need to be much more patient in our attack,” he said. “And then we also need to do a lot better job of keeping the ball when we’re under pressure. Because what ended up happening against Canada [in the CONCACAF final] is we gave the ball away too easily without being pressured.

Along with this camp coming up, the U.S. is expecting to hold a second camp some time in July, likely overseas in France or Germany (depending on which team qualifies for the World Cup).

Following that, there will be one more domestic camp held in August before departing for the World Cup in September.
The team knows that it can’t get ahead of itself, however.

“It’s important that we take one training and one game at a time,” midfielder Jo Boyles told TopDrawerSoccer.com. “CONCACAF is behind us now and we need to focus on each opportunity that we have to train together and work as a team.  I believe that the next three months we will continue to ‘fine-tune’ all the little details so that we are prepared and ready to compete at the highest level in the world.”

Along with focusing introspectively and working out the kinks in the coming months, the summer also gives Montoya a chance to scout and research potential World Cup opposition.

All but two of the 16 spots at the World Cup are clinched, with UEFA’s two spots set to be determined in the final round of qualifying held at the end of June. Montoya, who is traveling to Switzerland to scout that competition, expects Germany and France to snap up the final two spots and be among those teams they need to be aware of come September.

“Definitely Japan, North Korea, China, Germany and France,” he said of the top opposition. “I would put those as five of the top teams in the world right now. Japan, they’re really playing incredible type of soccer in all age groups. North Korea is very strong, very technical. Germany and France just play good soccer all the way around. It’s going to be a tough World Cup.”

The U.S. U17s will learn their fate when the draw comes out later this year while also preparing for the new challenge. And as they get ready, Montoya has left clear instructions for his players when they aren’t under his watch in a camp.

“Most importantly it’s just making sure that they don’t run themselves into the ground,” he said. “Because right now they’re doing so much, whether it’s high school, club soccer, the ECNL championship, ODP, or other things they have going on all the time. It’s just making sure that they’re smart, taking care of their bodies, not playing too many games in the week, that they’re well rested and sharp at the same time heading into our camps.”