U17 WNT roster announced for Concacaf 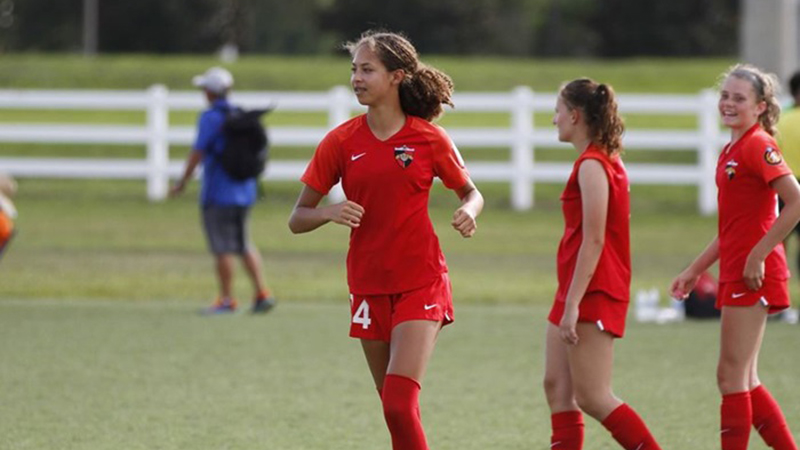 U.S. Under-17 Women’s Youth National Team head coach Natalia Astrain has selected a 20-player roster to represent the USA at the 2022 Concacaf Women’s U-17 Championship, set for April 23-May 8 in the Dominican Republic.

The USA will take aim at one of three berths to the 2022 FIFA U-17 Women’s World Cup and is seeking to win its third-straight Concacaf Women’s U-17 Championship after the 2020 tournament was cancelled due to the global COVID-19 pandemic. The USA won the last two editions of the tournament in 2016 and 2018.

“We have a talented group of players and good depth on this roster,” said Astrain. “Our coaching staff is excited to help guide these young players through this valuable experience in international competition as they navigate the format of these World Cup qualifying tournaments. We’ll prepare for each game one at a time as we progress toward our goals and I know we are all going to learn a lot during our time in the Dominican Republic.”

The U.S. U-17s have had three training camps – two last fall and one in February of this year – to prepare for World Cup qualifying, but because of the cancellation of programming due to the COVID-19 pandemic, these will be the first international matches at the U-17 level for this group of players. Defender Gisele Thompson has prior Concacaf tournament experience as she helped the USA win the 2018 Concacaf U-15 Girls’ Championship in Florida. While the competition mostly featured players born in 2003, the U.S. brought a younger squad that featured 14 players born in 2004 and four in 2005, including Thompson.

Gisele is the younger sister (by 13 months) of Alyssa Thompson, who helped the USA qualify for the 2022 FIFA Under-20 Women’s World Cup and win the 2022 Concacaf Women’s U-20 Championship in March. Both Gisele and Alyssa play for Total Futbol Academy boys club teams in Los Angeles, Gisele for the U-16s.

The 2022 Concacaf Women’s U-17 Championship features 20 teams -- 16 divided into four groups of four plus four who have already advanced to the Round of 16 via a pre-tournament qualifying.

The top three finishers in the four groups will advance to the Round of 16 and join the four pre-qualifying teams that advanced directly for the knockout round. From there, the teams will play a single-elimination tournament with the two finalists and third-place game winner qualifying for the FIFA U-17 Women’s World Cup.

Eighteen different youth clubs from 11 different states are represented on the roster, with the San Diego Surf and NC Courage sending two players each.

Before heading to the Dominican Republic, the team will train in Ft. Lauderdale, Fla. from April 14-19. Astrain will bring two alternates – defender Samantha Smith from the Boise Thorns and forward Taylor Suarez from Charlotte Soccer Academy -- to the preparation camp for training purposes, but the players will not travel to the Dominican Republic, barring any injuries.