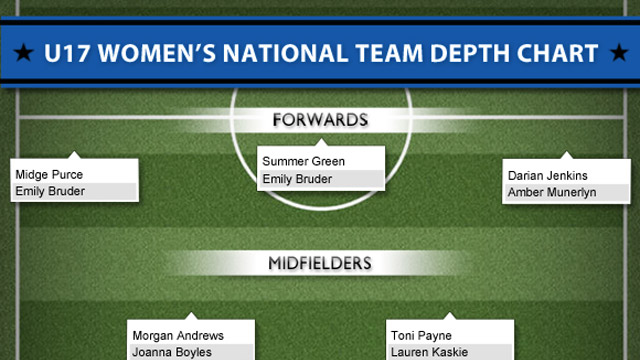 With a win at the U17 Women’s World Cup, the United States would cap a banner year in the international game.

Gold has already been secured at the Olympics by the full team; the U.S. U20s captured the U20 World Cup title in Japan earlier in the month. And the third and final significant international women’s competition is slated to kick off on Saturday, September 22 with the U17 World Cup, held in Azerbaijan.

The current U.S. U17 Women’s National Team is an impressive one, coached by Albertin Montoya of Mountain View Los Altos SC. Thanks in part to the goal-scoring exploits of forward Summer Green, the team marched through CONCACAF qualifying with little trouble, and seem poised to be one of the contenders at the upcoming World Cup.

This is just the third iteration of the U17 Women’s World Cup, with the U.S. finishing as runners up in the 2008 edition in New Zealand, and two years ago failing to qualify for the final tournament.

It’s not going to be an easy tournament, of course. While this event may not carry the same clout or attract the same attention as the men’s equivalent, there are plenty of good teams out there. Japan, Germany, France, Brazil and Korea DPR are five of the other sides capable of making some noise in the competition. 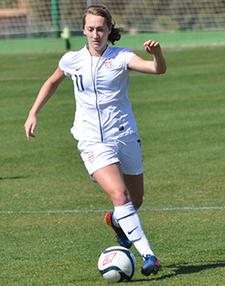 Regardless, Montoya seems to have his group ready for the rigors of the competition, and if the qualifying experience is any indication, will have his team playing attractive, attacking soccer that is going to be fun to watch and find the back of the net quite often

F Summer Green: Bagged 12 goals at the CONCACAF qualifying tournament earlier this year, making scoring goals look like the easiest part of playing the game. And it was important as well, because while the U.S. attack can create plenty of chances, finishing them is sometimes a struggle. That’s where Green is most important, as she was so steady in qualifying that she’ll need to be the team’s go-to finisher if for whatever reason the goals dry up elsewhere on the pitch.

GK Jane Campbell: The U.S. U17 WNT genuinely believes it has two of the best keepers in the world on the roster, which is definitely a luxury for the coaching staff. Jane Campbell was the top choice in the net prior to a knee injury keeping her out of training for over a month. She was close to full fitness in August and is expected to be the starter for the World Cup, but Carissa Miller is definitely ready to step in if called upon.

MF Morgan Andrews: Like the rug in The Big Lebowski that really tied the room together, think of Andrews in that same vein when it comes to the U.S. side. Playing in a holding role in front of the team’s back line, Andrews covers ground, breaks up plays, protects the defense and can jump start attacks in a flash with her world class passing range. While there are other able bodies in the midfield to back her up, few bring the same traits to the table all in one package.

MF/F Andi Sullivan: As coach Montoya tells it, Andi Sullivan showed up to her first U17 Women’s National Team camp wearing the brightest cleats he had ever seen. The orangish yellow Nikes on her feet immediately made her stand out, so Montoya and the rest of the team took to calling Sullivan by her now more common nickname ‘Sunshine.’ Beyond her charming nickname, the center midfielder from Virginia who is committed to Stanford has really taken on an important role with the team. Her play in the center of the field against China in the final domestic warmup camp set the tempo of the game, and allowed the playmakers in the attack like Midge Purce and Toni Payne to shine with ample opportunities. She can also play up front in a pinch too.

D Madeline Bauer: As legend would have it, Bauer was a leader from the moment she took her first breath.* On this team, she is the commander of the defense with sharp vocal instructions and an uncanny knack to always be in the right spot defensively. With a robust set of skills, the Slammers product is a key to the U17 WNT’s goal of winning the World Cup.

France: Les Bleuettes represent the first group opposition for the United States, and is likely to be the most difficult of the three teams they play in the opening round. Women’s soccer continues to grow in stature in France, and like the senior national team, youth teams continue to perform well, although a major title has proven to be elusive for this age group. Key players for France include midfielder Sandie Toletti, and forwards Lea Declercq and Kadidiatou Diani.

Gambia: This is a time of firsts for this small African country. Having never even entered a women’s team for U17 qualification, Gambia bested Tunisia across a two-legged playoff to book a spot in the final. No team at this stage of the game can be underestimated, and it’s likely that Penda Bah, Fatou Darboe and Adama Tamba will be key players for the Gambians in Azerbaijan.

Korea DPR: Montoya specifically selected China for a pair of friendlies in August due to the similarities in playing style between Korea DPR and China. The coach is expecting Korea DPR to hold a slight lead in possession, but his squad’s mentality is to catch them on the break with its superior athleticism. The Koreans finished as runners up in the Asian qualifying tournament, and forward Ri Un-Sim is their dangerous player up front. She scored 9 goals at the AFC U16 championship in 2011 that doubles as the qualifier for the U17 World Cup. 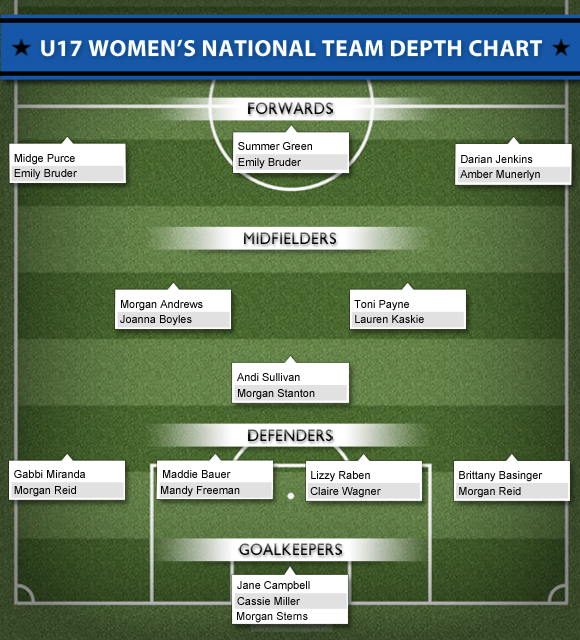