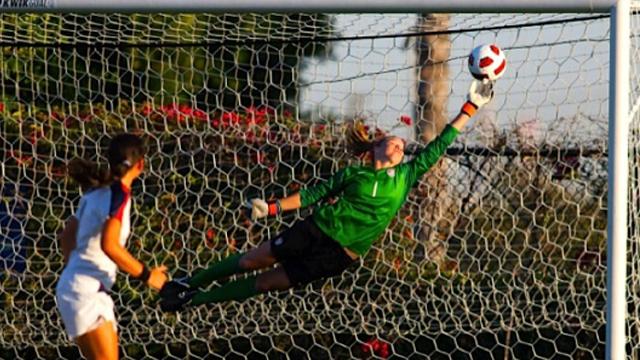 With the U17 CONCACAF World Cup just a month away, there’s much at stake heading into next week’s U.S. U17 women’s national team camp.

Twenty-four players have been called up for a final training camp in Chula Vista, Calif., from April 1-10 to complete preparations. It marks the final camp prior to the qualifying tournament scheduled for the beginning of May in Guatemala.

With just over a month to go, head coach Albertin Montoya is planning on recreating the qualifying experience as best as he can in California. 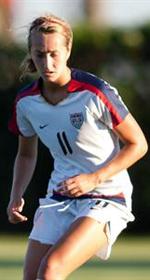 Summer Green
During the week, the U.S. is set to play three exhibitions – one on April 4 against UC Irvine women’s team, on April 7 against San Diego State, and on April 9 against China’s U20 Women’s National Team. The time between matches is spaced out in similar fashion as it will be in Guatemala.

The players are eager and anxious for the challenge of another camp.

“I am so excited for camp to start,” defender Brittany Basinger told TopDrawerSoccer.com. “I am really looking forward to playing against China's U20 team. That will be a true test for us.”

The U.S. women will try and carry the good form of 2012 into this camp. In a handful of friendly matches this year, the U.S. has picked up a pair of wins against German’s U17 team, and went unbeaten during a recent trip to La Manga, Spain, where they played against U19 competition.

Qualification in Guatemala is far from assured. The U.S. U17 wnt failed to qualify for the World Cup in the last cycle, falling on penalty kicks against Canada after a 0-0 draw.

That fact isn’t something the coaches harp on consistently, but it is mentioned on occasion.

“We don’t speak of it too much,” Montoya said. “We make sure they understand you can’t take any of these teams for granted, especially when you go in CONCACAF and you’re playing away like that.”

The pressure of the upcoming tournament lingers, but it’s for now it’s something the players can simply block out.

“I am trying not to think about the pressure,” Basinger said. “I have been training hard and working on my fitness. I will just go and play that best that I can and trust that I have prepared properly.”

Along with trying to duplicate the experience of qualifying, the coaching staff is planning drill down on some of the more fundamental aspects of on field play.

“It’s going to be a lot of emphasis and focus on fine tuning things like attacking and defensive set plays, free kicks, corner kicks, all of that,” Montoya said. “We haven’t gone over too much as we haven’t really concentrated on getting results as much as we will be going into qualifying.”

Overall, Montoya is pleased with where things stand, and says that there isn’t anything big the team needs to get done in the coming week – the main focus on progressing forwards and building towards the all-important qualifying tournament.

“Four months ago, five months ago I thought there was a lot of things we needed to work on,” he said. “But going into this camp I’m actually very happy with where we’re at and now it’s just continuing to move along in that direction.”