Team of the week: Chicago Magic

It’s been an up and down season for the Chicago Magic. They stumbled out of the blocks this year but recently the Illinois side has been pulling things together. Having lost just one of their last eight games, the Magic have risen up the standings and are poised to make an assault on first place after beating FC Milwaukee 3-0 over the weekend. Spencer Filosa (Eastern Illinois(m)) opened the scoring for Magic in the 5th minute before Miguel Medina scored twice late in the first half to close the scoring. 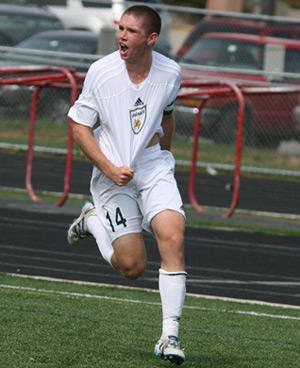 Spencer Filosa
First-placed Indiana United took a trip down to Texas this weekend and came away with four points. Asa Miller was the star of the show against Texas Rush on Saturday scoring a hat-trick in their 4-2 victory over Texas Rush. Miller would score again in the second game, but a Diego Velazquez goal for Houston Dynamo ensured the teams would share the points with a 1-1 scoreline.

Columbus Crew Academy defeated Vardar on Saturday afternoon in a first half offensive explosion. The Crew scored five first half goals including a Brett Elder hat-trick to ensure a 6-2 win over Vardar. In arguably the biggest game of the weekend, however, the Crew stumbled to a 3-1 loss to Derby County Wolves. Nermin Crnkic and Connor Klekota scored to put the teams 1-1 at halftime but Michigan commitment TJ VanSlooten scored twice late in the game to give the points to Wolves.

Real Colorado vaulted to the top of the Frontier conference with a whopping 8-0 victory over Minnesota Thunder. Jacob Martinez scored a hat-trick while Amadou Dia, Matthew Remaley, Luis Gonzalez and Jake Gilchrist-Dudley scored the other goals.

Team of the week: FC Delco

Philadelphia-based FC Delco has been fighting tooth and nail to stay within touching distance of PA Classics and win two wins out of two this weekend, they’re just four points behind Classics. On Saturday, Delco faced off against NJSA winning 3-1 behind goals from Conor Osborne and James McLaughlin (2) while Markhus Lacroix (Penn) scored for NJSA. On Sunday, Delco won by the same 3-1 margin against Match Fit Chelsea behind goals from McLaughlin, Tom McCutcheon and Ryan Dodds.

PA Classics would relinquish no ground, however, as they defeated the same two teams over the weekend. Match Fit Chelsea lost 3-1 on Saturday with John Grosh and Austin Martz (2) leading the way for Classics. PA would come from behind on Sunday against NJSA to win 2-1 behind goals from Martz and Kelton Cheney (Penn State).

DC United did themselves a huge favor in the battle for a wild card spot beating Potomac 3-2 in a wild game. Charles Chapin opened the scoring for Potomac early in the first half but goals from Bryan Piriz and Marcus Salandy-Defour(2) won it for the MLS side.

In a weekend where most teams were idle, Charlotte Soccer Academy ensured CASL Chelsea wouldn’t clinch the Atlantic Division just yet by beating Birmingham United 4-1. Preston Shahdad scored twice for CSA while Giuseppe Gentile (Charlotte) and Carl Credle added the other goals.

In the Southeast Division, just one game saw Weston FC demolish IMG Soccer Academy 4-0 in a game that pulls them within four points of first-placed Concorde Fire with three games in hand. Three goals in the first ten minutes from Felipe Noguerol, Xavier Silva and Brian James ensured the win for Weston while James would add another late in the first half.

Team of the week: Arsenal FC

Arsenal of California sit on the brink of locking up the SoCal Division after their 3-2 defeat of third-placed Real So Cal on Saturday. Raul Mendiola opened the scoring in the sixth minute before Mykal Ryley doubled Arsenal’s lead midway through the first half. An Ericson Penate goal cut the lead in half but Nicolas Camacho-Diaz would score early in the second half to seal a 3-2 win for Arsenal. 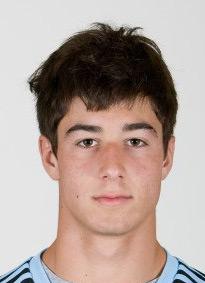 Anthony Panayides
With the win, Arsenal sits just a win away from securing the division as they host LA Galaxy next weekend. Playoff-bound Chivas USA sit in second place with a wild 3-2 win over rivals LA Galaxy through two goals from Byan DeLaFuente and an Erick Corona strike. Pateadores playoff hopes are likely dead after losing 2-1 to San Diego Surf behind goals from Reed McKenna and Zach DeVille.

Real Salt Lake traveled to California full of optimism this weekend as two wins would pull them within striking distance of first place, but losses to Cosmos Academy West and Real So Cal meant RSL will have to settle for a likely Wild Card spot.

Up in the Northwest Division, Cal Odyssey are clinging on to first place in the division after drawing second-placed California Development Academy. A Ricky Coppo goal put Cal Odyssey ahead in the first half before Cody Giddings tied things up to split the points.

The craziest game of the weekend across the academy had to be the match between Santa Cruz Breakers and De Anza Force. Goals from Daniel Johnsen and Keaton Sprague put Santa Cruz up 2-0 before a late James Huffer goal saw the teams go into halftime at 2-1. Daniel Johnson and John Chronopoulous put Santa Cruz up 4-1 before a late onslaught from Christian Dean, Hector Herrera and Stefano Bonomo tied things up. Anthony Panayides was the hero for De Anza scoring the late winner to give De Anza the 5-4 win.