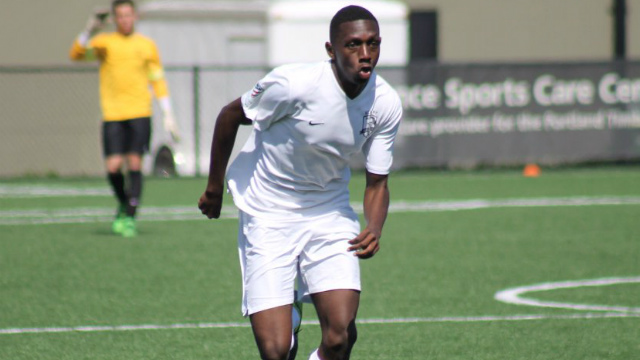 In the U18 playoff field, rematches are king.

All four of the quarterfinal games between U18 Dev. Academy sides are set to take place between teams all in the same regular season division.

That should set the stage for some compelling action, as there will be little separating the teams taking the field this week.

Below is a closer look at the four matches.

(All games on Thursday, July 7, times listed as EST)

Preview: After finishing with a perfect record in Frisco, the Vancouver Whitecaps get to stay at home and host the Republic’s U18 side that flies up from Northern California looking to extend its season for a week longer. The two teams drew back in September, and the Whitecaps beat Sacramento 3-1 earlier this year in February. On paper, the slight edge belongs to Vancouver and its potent attack, while the Republic has the horses to slow things down and looks to sneak a result on the road.

Players to Watch: The Canadian Residency outfit boasts a potent attack, between the trio of Gloire Amanda, Terran Campbell and Daniel Sagno. The latter in particular was in good form in the playoffs, while the three of them have combined to score 45 times this year. Looking to lead the back line for Sacramento will be impressive defender Nabi Kibunguchy, who has been consistent throughout the season.

Preview: Local rivals square off in Chester, as PDA travels south to tussle with Atlantic Division foes Philadelphia. The two teams split their meetings this season, with PDA defeating the Union last August and the MLS Academy side edging an April encounter. Philadelphia edged a three-way tie in Group G, securing first place with a goal difference, despite a 4-3 loss on the final day of the Texas leg against Kendall SC. PDA logged a win and two draws, tying 2-2 against Arsenal FC and Chicago Magic. That, combined with a 1-0 win over Montreal, secured progress to this round.

Players to Watch: Future UCLA goalkeeper Kevin Silva was between the posts for PDA during its trip to Texas, though midfield maestro James Murphy was absent. Silva gives PDA every chance to come away with a win, not to mention the rest of the roster. Isaiah Young didn’t find the back of the net in Frisco, though he’s certain to attract a lot of the attention from Philadelphia’s back line, opening chances for Chaz Burnett, who led PDA in scoring in the group games. Another impressive goalkeeper should be lining up opposite of Silva, as Andrew Verdi made a couple of important stops to help the Union progress. Matthew Real is another impressive prospect at the back, while Joseph De Zart is another one to watch in the midfield.

Preview: In some ways, FCD’s U18 squad is its least potent. That’s more about how good the U16s and U14s are than how this U18 team lacks quality, as the oldest age group is stacked with promising players. This version of FCD’s vaunted academy is the second seed in the U18 age group, conceding just 13 goals all season and outscoring group opponents 12-2 in its three games. The task of traveling to Frisco and coming up with the requisite result will be a tough task for Sporting KC, which advanced thanks to late goals and a massive 6-1 win in its final group games of the playoffs. The two teams split the regular season encounters, with Sporting winning 3-1 in October 2015, and FCD triumphing 6-0 in May.

Players to Watch: Weston McKennie is on the brink of signing a pro contract, and was one of the best players on display from the U18 age group during the group games. The attacking midfielder can put his stamp on any game, and he can excel on both sides of the ball. Outside back Reggie Cannon bombs forward with regularity, on top of being able to lock down his side of the field. Forward Nansel Selbol will look to create trouble for a Dallas back line that will be missing starting center back Hector Montalvo, who was sent off in FCD’s final group game against Orlando City. Midfielder William Little is key for Sporting to have any chance of springing the upset.

Preview: Goals were few and far between these two sides in three previous meetings, with results finishing 1-1, 1-0 and 1-0. Nomads won once, RSL won once and the other draw indicates that there probably won’t be much that separates the two Southwest Division foes when they take the field on Thursday. The MLS academy has the edge statistically, scoring 77 goals this year as opposed to 45 from the SoCal side. Regardless of how things play out, it should be a tight, closer affair.

Players to Watch: Homegrown signing Danilo Acosta turned out for RSL in the group games and should get the nod again to add steel and versatility to the team’s defensive crop that also features Alexander Knox. Forward Elijah Rice is one of the nation’s sleekest and quickest attackers up front that Nomads will need to try and slow down. Robert Castellanos will be key in the effort to limiting Rice’s effectiveness in front of goal, while leading scorer Augustine Williams will look to make his mark on the competition.