U18 MNT continues to impress under Perez 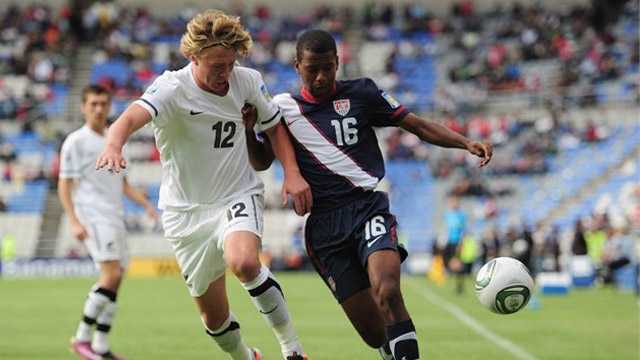 In the past, trips to Europe have proved troubling for various men’s national teams.

The U.S. U18 Men’s National Team laughed in the face of that stereotype during a journey to the Netherlands in early September, winning three friendlies out of four, most notably a 4-2 defeat of the Dutch U18 national team.

“I thought it was a really good trip,” forward Ben Spencer told TopDrawerSoccer.com. “Every time we go on an international trip it’s always a good experience, because we get the chance to play international soccer, which is a level higher than in the U.S.” 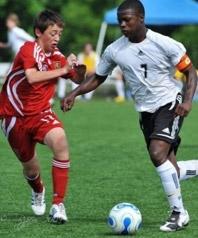 Added midfielder Kellyn Acosta (who was the team’s captain): “It was a good experience. Playing at the international level with international teams you can see how we are compared to them.”

With coach Javier Perez leading the 20-man group, the U.S. faced a trio of club youth teams, along with the Dutch youth national side. After opening up the trip on September 8 with a 2-0 win against Feyenoord, the U.S. defeated Holland on September 11.

The trip concluded after two more games, 1-0 win against Borussia Dortmund and a 3-1 loss against Club Brugge. And despite the setback in the final game, it was the general consensus that the group stacked up pretty well against the teams they played.

“I thought we matched up just as good as any of the teams if not better,” Spencer said. “We out shot most of the teams, out-possessed them, had more corner kicks…In my mind we were the best team out of the four teams we played against, given that the other teams were of high quality.”

However, it took the team team a bit to realize that it was just as good, if not better than the opposition – particularly when playing against the Holland U18s.

“Coach Javier, told us many times, ‘you guys belong here,’ and you just have to believe it,” defender Suliaman Dainkeh said. “It took just a little while, but once we figured out we could play at the level, everything just clicked.”

Time was afforded outside of just training and playing games as well to enhance the European experience. The team was based in the Netherlands and was able to make a trip to Amsterdam, and got to enjoy a tour of both the city and Amsterdam Arena, where Ajax play in the Dutch Eredivisie.

Experience like that added more depth to the trip, as played got to see the country they were playing in.

“It was probably my best soccer experience, just to play different styles of soccer, traveling with the team, and the way we bonded, the way the trainings went, the coaches,” Dainkeh said. “It was just a great experience.”

The experience won’t be the last action for the U18s either during this year or cycle, as another domestic camp is tentatively scheduled for later in 2012. And while the team doesn’t have a FIFA event or competition to work towards, the cream of this crop will get a look from U20 MNT head coach Tab Ramos, who was on this trip, and there is plenty accomplished by getting players a chance to play and train abroad.

“Even though we don’t have a world cup, I think every camp all the players come in excited and willing to do the work, wanting to get better every day and every session,” Spencer said.

“Coming together with all the top talent in the U.S. and training two-a-days and having international friendlies and international tournaments is really beneficial because it shows you what it takes to be a top level that when you go back to your club you kind of have that extra knowledge from the national team that you can share with your other teammates and make yourself a better player.”

U18 Roster for Europe