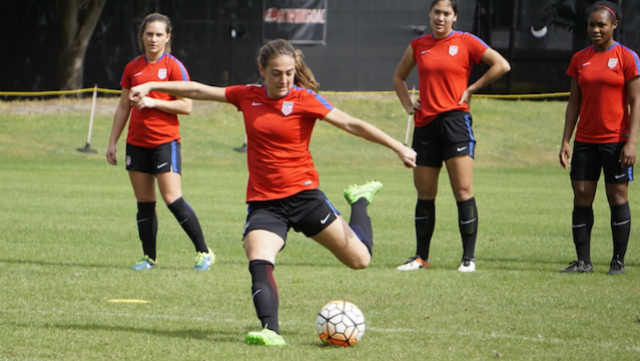 The U.S. Under-18 Women’s National Team will finish up its 2017 programming with a training camp at the Elite Athlete Training Center in Chula Vista, Calif., from Nov. 26 to Dec. 3.

U-18 WNT head coach Jaime Frias has called up 24 players, 20 born in 2000, the current age group for the U-18s, three born in 1999 and one born in 1998. Twenty-two players are currently playing youth club soccer while two are in college. Sixteen of the twenty-two youth club players are currently participating in the inaugural season of the U.S. Soccer Girls' Development Academy.

The camp will complete a 2017 slate for this age group that included international trips to England and Australia as well as four domestic training camps.