U18 WNT finishes second in tourney 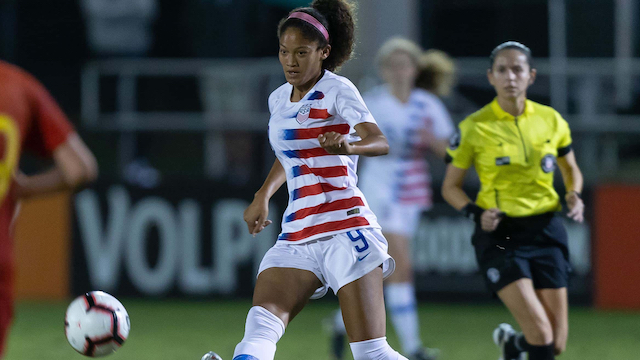 U.S. Soccer hosted the 2020 Tricontinental Cup in Florida last week, the inaugural edition of the youth international tournament. Netherlands, China, Norway, and U.S. took part in the U18 Women’s competition that concluded Friday night. Netherlands won the tournament following a 2-1 victory over USA on Friday. The host team finished second at the event after wins over Norway and China.

It was a tight battle between USA and Netherlands in the de-facto championship tilt. Netherlands nabbed a first half goal off a corner kick and added a second tally midway through the second half on a penalty kick. Reilyn Turner got one back for USA on a header off a corner kick from Aislynn Crowder, but the home team came up short in the end in search of an equalizer.

The tournament was the first event for this USA group since a training camp in October. SMU head coach Chris Petrucelli served as the coach for USA during the tournament.

The clash against Netherlands was an excellent opportunity for Kate Markgraf, General Manager of the Women’s National Team program, and the newly minted Youth National Team coaches to assess where the program is compared to one of the best from Europe.

Friday’s game was a tight affair. Netherlands had better spells of possession, but Petrucelli and the team made good adjustments in the second half and found success down the right wing. Turner’s introduction also gave a group a physical presence to play off of at the No. 9 spot which opened up the field for the attacking midfielder and wingers.

The loss was a bit humbling in the moment, but it should prove to be a good lesson for the this age group prior to the big competitions in two years.

Individually, there were a few players who helped their stock at the international level with this tournament.