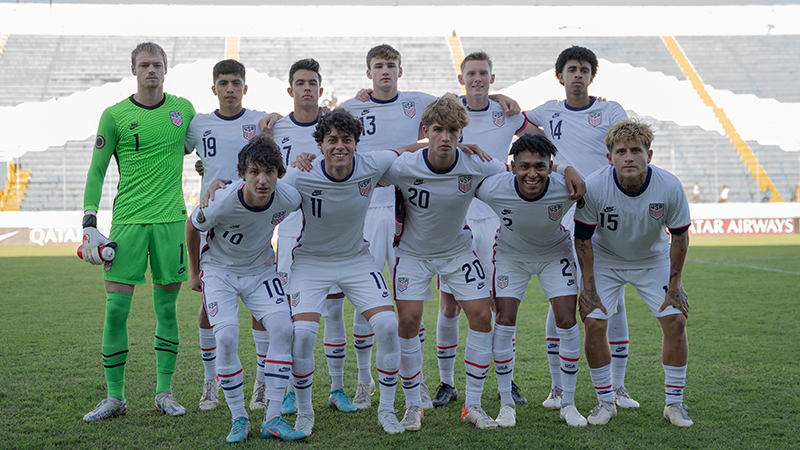 On a team with four players from the Philadelphia Union Academy, it was only fitting one of the stars there helped the U.S. U20 MNT qualify for the 2023 World Cup.

After Quinn Sullivan's excellence leading up to Tuesday's quarterfinal, it was Paxten Aaronson getting on the score sheet this time. The midfielder's brace guided the U.S. to a 2-0 win against Costa Rica, clinching a spot at the youth World Cup next year in Indonesia.

Knockout games can often be full of tension with such high stakes. Aaronson relived that with a goal five minutes into the game. Alejandro Alvarado picked out Sullivan at the far corner of the 18. Sullivan played a one-time pass to Aaronson, who slotted home the opener with his left foot.

Saves by Costa Rica goalkeeper Bayron Mora ensured that it was just a 1-0 deficit for the Ticos at the break, but it didn't take long for Aaronson to strike again in the 49th minute.

A cross from Michael Halliday went just beyond the six-yard box. Caden Clark did well to track down the high ball, heading it back across the goal. Aaronson was first to the ball, slotting home his second of the game.

The U.S. defense held firm from there, securing a spot at next year's World Cup. Next up is the host side Honduras in the semifinals, with a spot at the 2024 Olympics up for grabs.