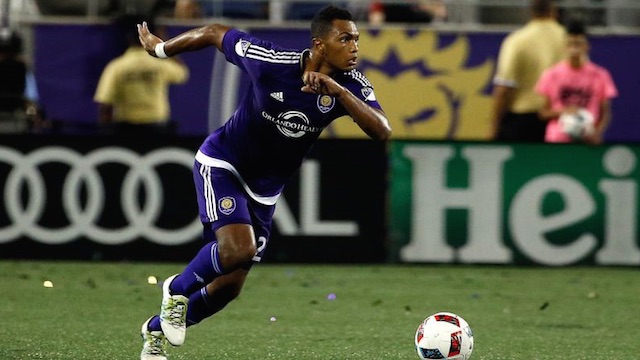 Like a flood, U.S. U20 players are flowing back to their clubs from triumph in Costa Rica.

The U.S. of course won its first ever CONCACAF U20 title over the weekend, culminating in a wild 5-3 shootout win over Honduras to cap a tournament that looked like a vertical line on a graph. Some players acquitted themselves particularly well, while others left yawning questions as to their ability to produce on the next level. But whatever the case, almost all of the players on the roster are still trying to crack first team rosters in MLS or elsewhere.

For those players, the next few months could be critical for determining their positioning at those clubs. The majority are either in their 20’s or approaching it, a vital time for playing minutes. And for these five players in particular, 2017 represents an especially critical time in their club careers. A bad year and they could split off on a more shaded path than they’d have originally intended.

One of the more interesting revelations from U20 coach Tab Ramos’ pre-tournament presser was news that Sabbi hadn’t yet been internationally cleared to play in Spain. He moved to Las Palmas last year in lieu of signing with Akron straight out of youth club Chicago Magic, and he’s been in camp there for the last six months. But Ramos said Sabbi hasn’t actually been cleared to play yet, which means he had a steeper hill to climb to find form before the U20 tourney. Sabbi wasn’t the first choice center forward, but he did get a decent run-out and even bagged a goal. Las Palmas will be pleased with that, but Sabbi also can’t yet play in competitive games yet. If he goes the entire year without being able to play it’ll severely handicap his development.

No one quite knows what to expect upon Palmer-Brown’s return to the homeland. Sporting KC coach Peter Vermes started Matt Besler and Ike Opara at center back in the season opener last weekend, and both have fairly steady claims on the position. But Palmer-Brown is coming off an MVP performance in a tournament in which he played in the defensive midfield, so one wonders how Vermes will approach the next couple months. Palmer-Brown probably isn’t a full-time d-mid at the next level, and he was much more comfortable breaking attacks than delving into distribution, which wasn’t a strong suit (naturally). Was Palmer-Brown’s U20 tournament enough to earn him a chance in the starting XI, even if everyone’s healthy? And will it be in the defensive midfield or at center back? And at whose expense, if everyone’s healthy? Decisions, decisions.

Of the five RSL kids in Costa Rica, Lennon’s star shone the brightest. Lennon led the U.S. in scoring at the tournament, and while guys like Justen Glad and Danny Acosta also improved their stock, Lennon was the biggest name. Lennon of course is on loan at childhood club RSL from Liverpool this season, which should give him a chance to significantly up his chances at Liverpool with a strong season. Lennon, though, won’t find the sledding easy with RSL’s attacking corps largely in tact from 2016. Lennon largely played on the right wing in Costa Rica, and his crossing ability was a serious threat. Jordan Allen played there in RSL’s opener, and that position is probably there for the taking if Lennon has a strong string of training stints. Either way, 2017 is a critical pivot point in Lennon’s career, and U20 CONCACAF form could well propel him forward.

Of the American players at this tournament, Glad was the lone one to have an deadlock starting role on his respective senior team headed home. But Redding is perhaps the closest behind him. Redding managed to poach 1,300 minutes and 16 starts in 2016 for Orlando City, but there’s a caveat there. Only four of those starts came after the club replaced coach Adrian Heath with Jason Kreis in mid-July, and in two of those starts Redding was subbed off in the second half. Redding clearly has something to prove with Kreis more so than he did with Heath, and that process probably began with a heady tournament in Costa Rica in which he played every second of every game. Redding had one of the strongest showings of any American there, and while he’ll have a difficult slog for minutes at his home club this year, he’s up for the challenge.

The Red Bulls opened the 2017 season in Atlanta with a stirring 2-1 come-from-behind win with Felipe starting next to Homegrown midfielder Sean Davis. That seemed to be the plan all along, whether or not Adams was in camp with the team or in Costa Rica. Adams, after all, is still just 18 at a position that tends to require some physical elements younger players don’t yet have. Davis played the No. 8 in Atlanta, and while steady he didn’t exactly blow away the competition. That just might be an open door down the line for Adams, who was probably the real MVP for the U.S. in Costa Rica with his barnstorming energy as a connective midfielder between the lines.

This one’s a bit different from the rest, so I’ve saved him for last. Williamson was one of just five college players on the roster, and he was unquestionably the best of the lot in Costa Rica. He put in a few quality shifts in the middle as a No. 8, and he also managed to score the goal of the tournament with a rasping volley against El Salvador that proved to be the goal that put the U.S. in the World Cup. Williamson obviously doesn’t have a pro club to return to this spring, and he’ll continue ramping up for his junior year with the Terps this fall. But if this tourney proved anything, it’s that Williamson’s 2017 could be a critical turning point for his future. He turns 20 in June, and he’s probably the best D.C. United Homegrown prospect yet to sign for the club. Does Williamson opt to return to the Terps for another year to avenge a bitter end to the 2016 season? Does he sign for D.C. United early? Either way, a fascinating year is on the way for the young central midfielder.