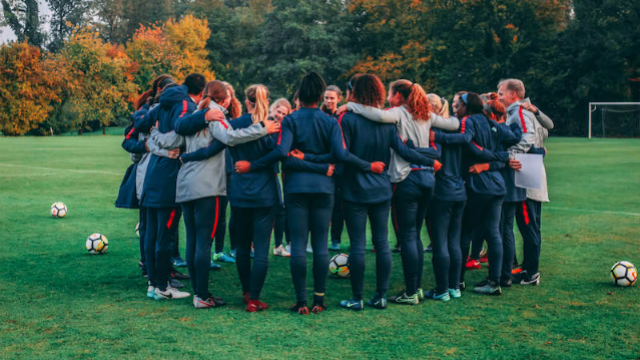 The U.S. Under-20 Women's National Team will begin its new cycle this week as 20 players come together for the 2018 Women's Nike International Friendlies.

This year's tournament will feature three teams - France and China PR along with the USA. The U.S. will take on France on Dec. 7 and China PR on Dec. 9, with both games set to kick off at 6:30 p.m. ET. China will face France on Dec. 11 at 3 p.m. ET. All the matches will take place at the Premier Sports Campus and the USA's two games will be streamed live on ussoccer.com, Facebook, Twitter and YouTube.

Two players return from the USA's 2018 FIFA U-20 WWC team: midfielder Brianna Pinto and forward Alexa Spaanstra. Pinto has earned 25 caps and scored three goals for the U-20s, while Spaanstra has made four appearances and netted once last cycle.

In 2018, seven players on the roster saw time with the U.S. U-18 WNT, nine logged minutes with the U.S. U-19 WNT and four took the field with the U.S. U-17 WNT, but no players on this roster were on the USA's 2018 U-17 Women's World Cup Team. Forwards Samantha Kroeger and Reilyn Turner were members of the U.S. team that won the 2018 Concacaf Women's U-17 Championship that qualified the USA for the World Cup. Turner scored the USA's lone goal in the 1-0 victory against Canada during group play.

Of the 11 youth club players, nine are currently playing in the U.S. Soccer Development Academy, including three from NC Courage.