U19, U20 MNT Win Tournament Finales 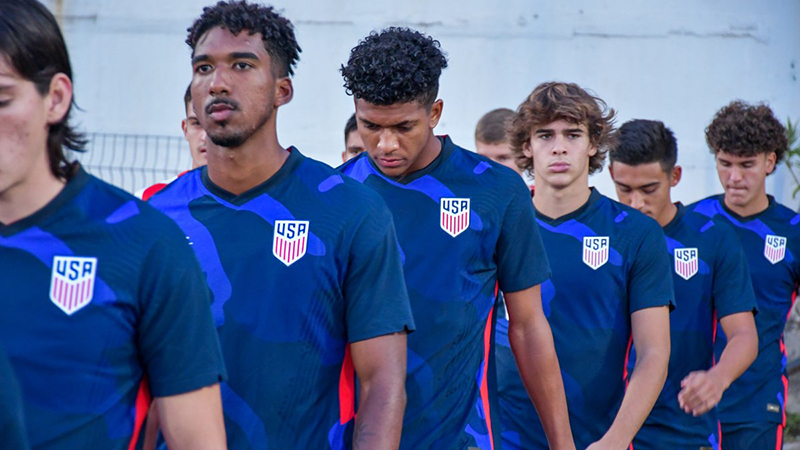 The United States Under-19 Men’s National Team won its third game in three on Tuesday, topping Scotland by a 2-1 score at the Slovenia Nations Cup.

After taking down Malta and Croatia in the first two games, goals from Sergio Oregel and Marcos Zambrano before halftime provided the decisive margin. A handful of impressive second half saves by Antonio Carrera secured the win.

With both sides battling the tough, rainy conditions, the U.S. enjoyed several impressive spells to start the game. Oluwakorede Osundina was a menace down the left flank, keeping wide to the touch line and the U.S. midfield doing well to get him the ball.

The final ball was lacking, however, until the 21st minute. Osundina was once again gliding into space. After pulling the ball back for Reed Baker-Whiting, the Seattle Sounders midfielder (playing left back) lofted in a right-footed cross the Oregel did well to glance home.

Scotland would tie the game in the 32nd minute, but Zambrano did what he does best: find the back of the net. It was another well-worked move down the U.S.’ left hand side. This time, Osundina found the head of Zambrano to make it a 2-1 game for the USA.

Carrera made a nice save in the 65th minute to keep it 2-1, as both teams struggled with the conditions but were able to fashion chances. The FC Dallas Homegrown signing showed sure hands to help the U.S. hang on for a win.

A 2-1 loss against Mexico on Saturday meant that the U.S. Under-20 MNT faced long odds to win the 2022 Revelations Cup.

And after Mexico's U20s won earlieri on Tuesday evening, it reduced the U.S. matchup with Paraguay as nothing more than a consolation matchup.

Regardless, the U.S. finished strong, scoring twice in the first half and holding on for the 2-0 win againist the South American side. Former D.C. United midfielder and current Wolfsburg player Kevin Paredes had a goal and assist. He scored in the seventh minute and then setup Brian Gutierrez for the second.

The 2023 edition of the U20 Men's World Cup is to take place next May in Indonesia.