Unsigned U17 MNT stars in for big years 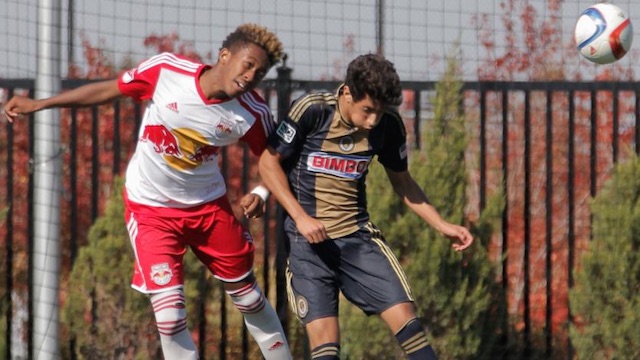 By the time the 2015 U17 World Cup arrived, Christian Pulisic was already a known quantity. He’d been with Borussia Dortmund for more than a year by the time the tournament rolled around, and he was just four months from snapping up his first full team cap. So for Pulisic and a handful of other U.S. stars, the die roll had already been cast.

But that wasn’t the case for dozens of other budding stars. Which makes the looming U17 World Cup all the more interesting.

The U17 World Cup might be the single most attended scouting showcase in the world every two years. More so than the U20 World Cup, the U17 edition is a showcase of scads of players who’ve yet to leave their home clubs of origin for the glitzier climes of some of the world’s top academies. Nigerian wonderkid Kelechi Nwakali earned the player of the tournament award in 2015, and months later he signed for Arsenal.

The U.S. is not immune from this level of poaching, which makes next month’s CONCACAF tournament and the ensuing World Cup in India later this year (assuming they meet expectation and qualify) all the more intriguing. The American U17 team is more professional than it’s ever been, but the vast majority of the players picked for the 2017 team will still be amateurs.

The broader question is whether they stay that way in the weeks (and months) after the tournament’s conclusion. Here’s a look at four unsigned U17 players who could be in for a very interesting year.