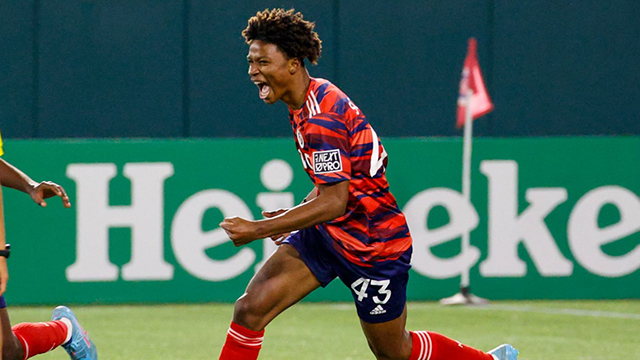 With the international weekend putting MLS (mostly) on ice over the weekend, the start of MLS Next Pro was one of the big news on the professional development front.

St. Louis City SC made its debut in the form of a reserve team, winning a 2-0 clash against RNY FC. A handful of other teams either returned to action in the new league (North Texas SC, Tacoma Defiance) or played debut matches, with Colorado Rapids 2, NYCFC II among the new MLS-operated sides to take the field.

But one of the stories of the weekend came from a familiar side. The FC Dallas pipeline may not be quite as stout as it has been over the year, though Tarik Scott certainly made a splash.

Playing against Minnesota United 2 (another side to make a debut) Scott came off the bench to score twice, striking the decisive goals in a 3-1 win. Blake Pope, another NTSC signee, start at right back for North Texas.

Not one but TWO goals for 16-year-old Tarik Scott on his pro debut 👏 pic.twitter.com/5Kcbir9JOG