U.S. striker signs with Ligue 1 side 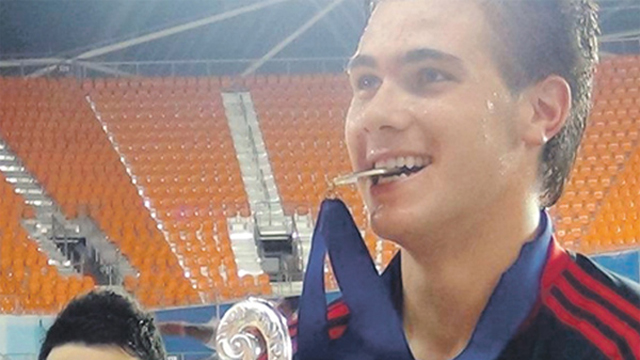 Tandir, a 6-5 striker with very good skill, has been a top scorer in the New York Red Bulls Academy for the past two seasons.

The 17-year-old led the team to the USSF’s Development Academy U16 crown last July where he had two goals in three games during the playoff run in Dallas. He added to the successful season with a strong showing at the 2012 Generation adidas Cup, a competition for only MLS academies, in Seattle. Tandir scored four goals in three games during the competition in the Northwest. 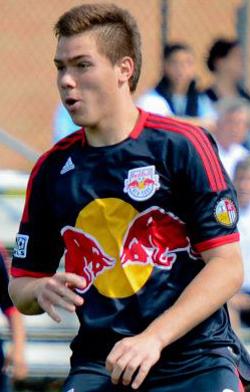 This season, Tandir has been a key piece of New York Red Bulls U18 undefeated start to the season. The Red Bulls are the only undefeated team in the older age group in the Development Academy this season.

Despite his ongoing success, Tandir has yet to receive a call-up from the U.S. youth national team at any level. Although born in Germany, he does have U.S. citizenship as well as Bosnian citizenship via his family roots.

Bosnia, in hopes of finding the next Zlatan Ibrahimovich or Eden Dzeko, called him into a U19 men’s national team camp last year for his first international experience. His performance in that camp (and others since then) has made him a regular feature with the Bosnia youth national team, which is where Sochaux spotted him.

While the U.S. appears to have lost out on his services, Bosnia is counting its blessing at this point with the physical, skillful target forward now part of the country’s youth fold. Tandir is expected to appear with Bosnia U19 team a couple of times in 2013.

Tandir’s debut with the French club will wait though, as the teenage will join the club following his graduation from high school. His target date to move to France is in the summer depending on the conclusion of the Development Academy season with the Red Bulls U18 side.

Turner, an 18-year-old goalkeeper, is formerly a member of the Sporting Kansas City Academy. He appeared with the club’s U18 team in the Development Academy just once this season before he went to Europe in search of a professional contract.

The former U.S. U18 MNT goalkeeper played in Croatia before an opportunity in Spain presented itself in late fall.

The Lee Summit Journal reported that Turner was assigned to the club’s second ‘B’ team with three goalkeepers ahead of him on the depth chart with the senior team that sits in second place in La Liga.