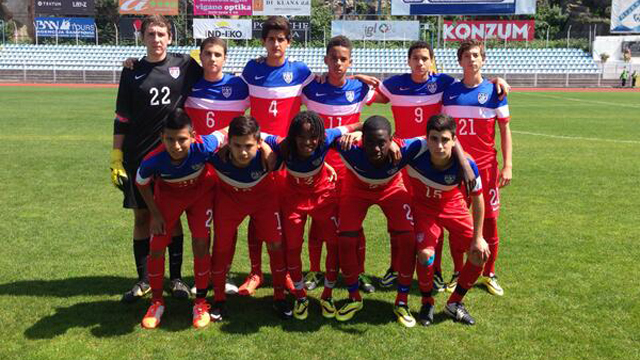 The U.S. U14 Boys National Team faced a couple of new challenges this month. The squad ventured to Europe for the first time and faced off against some international competition. The team also had a new coach in charge as Brian Johnson replaced Tony Lepore for the first official event.

The youngest national team faired well in Europe, as the squad was undefeated over four games and the coaching staff was pleased with what they saw from the group.

“The trip went very well,” Johnson told TopDrawerSoccer on Friday. “It was a 10-day trip, which is a little longer than the boys were used to. It was good to take them out of their comfort zone.”