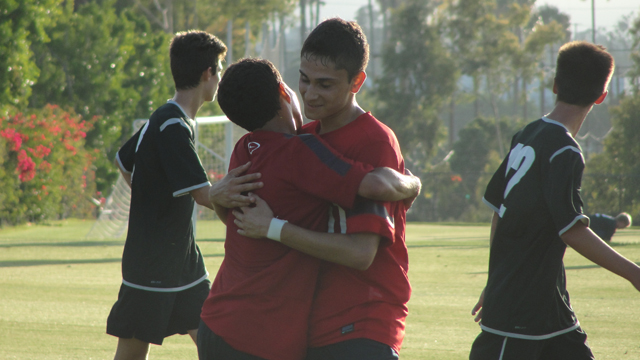 CARSON, Calif. – If a youth national team is to be judged by the cohesion and quality of the top 18 players on the roster, the U.S. U15 Boys National Team looked like a squad ready to take on any challengers on Wednesday at the StubHub Center in the first scrimmages of the weeklong camp in Southern California. 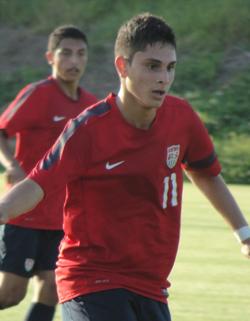 On the other hand, if the team should be judged on the full roster, there may be some work to do.

The U15 BNT surged to a 5-0 win over Pateadores in the opening game behind some quality play from the regulars of this age group. However, the second game offered an opportunity for the new faces with the 1998s and the consistency did not carryover, as the U.S. battled to a 1-1 draw with Real So Cal. Both of the opponents are the soon-to-be U16 Development Academy clubs at their respective clubs.

Christian Albelo had two goals and an assist in 40 minutes of action, as the Hoffenheim midfielder dictated the game during the second half. Alejandro Zendejas, Eric Calvillo, and Albelo shut down the opposition in the closing half and kept the game on one side of the field, as the U.S. generated chance after chance against a Pateadores defense that was left chasing shadows.

The youth national team opened the scoring when Christian Pulisic and Joshua Perez linked up down the right side to carve through the defense. Perez laid off his cross to Pulisic about 12 yards from goal where the PA Classics midfielder slotted it home after 14 minutes for the opener.

Eight minutes later, Joe Gallardo floated a cross from the right side to the far post where Perez leapt over his mark and headed it back across the frame of the goal. LA Galaxy Academy forward Haji Wright tapped the shot into the empty net to double the lead.

Pateadores had a couple of looks before halftime including a screamer that crashed off the crossbar, but the U.S. remained clean.

In the second half, Albelo took over with goals at the 51 and 57-minute marks. Both of his tallies were assisted by Gallardo, as the Monterrey FC striker showed off his speed to get behind the defense and play the ball back to the middle of the box for the delayed run of the midfielder.

Albelo capped his outing with two minutes left on the clock when he delivered a sublime outside of the boot pass through traffic that landed on Perez’s chest. The Fiorentina attacker immediately turned on goal, as he cut past the last two defenders and then buried his shot in between the legs of the goalkeeper for the final goal of the game.

Andrew Romig was searching for the reset button midway through the first half of the contest against Real So Cal. The Richmond Kickers goalkeeper gifted the Southern California Academy with its opener when he misplayed a pass, which ended up on the feet of Rodrigo Nino.

Nino kept his nerves with an open net and lobbed the keeper for the opener from about 35 yards out.

The U.S. answered with an increased pressure in the attacking third, and looked to have the answer after 25 minutes when Lagos Kunga beat his defender to the endline and played a pass to the middle of the six-yard box for Kevin Coleman. But Coleman’s shot sailed over the crossbar.

The two teams battled for the next 50 minutes, but neither could break through. The U.S. lacked the creativity in the final third to really make a mark on the game, as the attack became predictable compared to what the earlier game showcased.

There were a few strong performances individually though, as Ethan Lotenero, Tanner Dieterich, and Nelson did well with their minutes.