U.S. U15 camp has eye for Residency 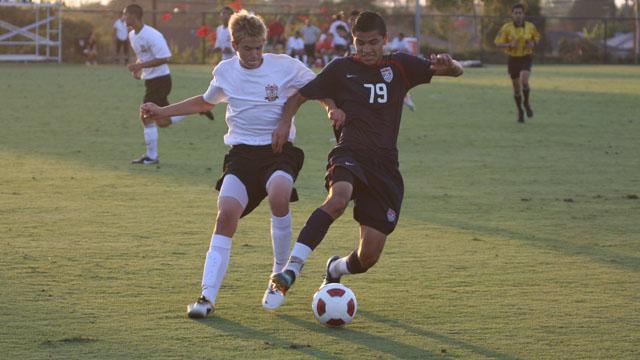 The current U.S. U15 Boys National Team camp is a congested mix of the experienced and the inexperienced; the veteran campers and the off-the-radar arrivals.

And the beauty of it all is no matter how they arrived here each player has an equal chance to leave having made an impression.

Coach Jim Barlow has called in 48 players to the Home Depot Center in Carson, CA, in what will be the final U15 gathering for this group and a potential audition for the U.S. U17 Fall Residency Program. 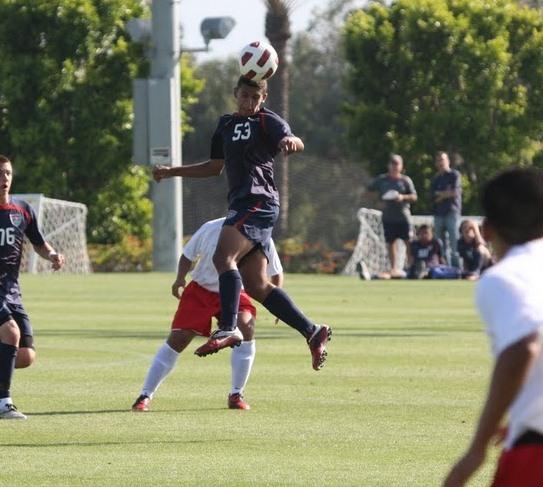 Wednesday U15 Camp Action
U17 coach Wilmer Cabrera and his staff are present, as is the opportunity for a player to elevate above the crowd and launch their national team career in a big way.

“Evaluation is a big part of this week,” Barlow said. “Wilmer and his staff are here and they’re starting to consider players for their next cycle of residency. This is an opportunity to help players get a picture of good soccer and learn good habits.

“We want to squeeze as much as we can out of this week.”

On Wednesday, the squad squeezed in their second batch of scrimmages against outside opponents. The two matches displayed some good individual performances but also a mixed bag that was indicative of the group dynamic: while there are 19 players who competed with the 15s on an international trip to Croatia in May, there are just as many who haven’t quite been immersed in the U.S. program just yet.

The overall group is broken up into three teams this week, and the first one enjoyed a 3-0 victory over Nomads SC. Striker Danya Kafai, an opportunistic forward always working to get himself into good position, netted a goal about 15 seconds into the match and enjoyed a great effort.

Other first-half goals were produced by John Requejo Jr. and Kevin Politz, on a set piece. Politz, who was not one of the players having traveled to Croatia, enjoyed a particularly strong showing with his size, strength and smooth touches on the backline shining through.

Politz is a prime example of why U.S. Soccer needs constant looks at new talent – a point Barlow drove home.

“There are some guys that didn’t make it on the trip in May, but if we had another trip right now would be in that top group,” Barlow said. “New guys have appeared on the radar and they’re doing a good job catching on.” 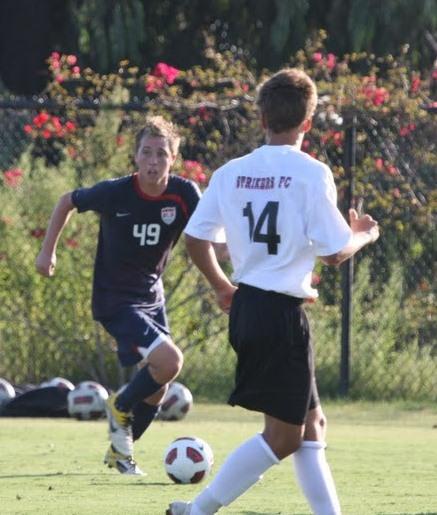 U15 BNT Scrimmage
Midfielder Joab Santoyo was another top performer who created positive plays in a variety of ways. Santoyo has a natural feel for the game and is decisive and accurate with his passes and strikes.
A second match against the Irvine Strikers resulted in a 1-0 defeat, but not before some positive impressions were left on the U.S. side.

Goalkeeper Evan Louro displayed an aggressive pursuit of the ball while keeping his composure in net. He has good size and mobility that allowed him to make a few nice saves.
Alejandro Segovia was an aggressive attacker who wasn’t afraid to let shots fly. He worked well off the ball to create opportunities.

Forward Dembakwi has great speed and plays with an unbridled energy that’s infectious. Dembakwi made a couple nice runs that could’ve easily turned into goals.
Then there was midfielder Christopher Lema who played with great touch and accuracy. He played great balls to moving teammates and showed off dangerous corner-kicking ability.

In the end, the performances drew solid reviews from the players.

“We focused on our passing today and really didn’t give away anything in the back, where we were solid,” said veteran midfielder Corey Baird. “This is obviously a lot different from our trip to Croatia because there were only (20) guys there. This week we all get the chance to find playing time, but you still have to stay working hard.”