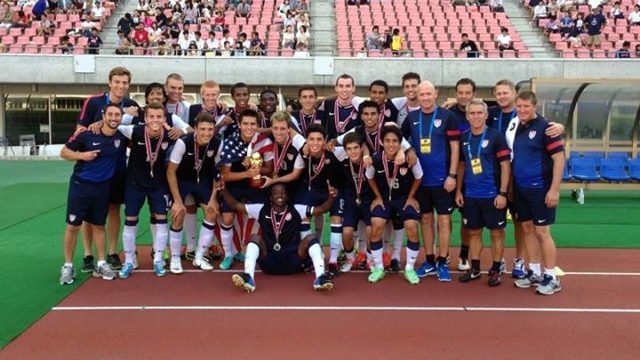 The 1996 and 1997 age groups finished their stay as the U.S. U17 Men’s National Team on a sweet note on Monday with a 2-0 win over the Niigata All Stars, which clinched the Niigata Tournament for the Americans. 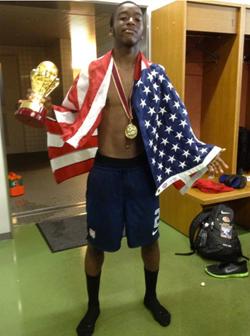 Rubio Rubin and Andrija Novakovich scored the goals for the U.S. in the finale. The American forwards both ended the event with three goals apiece. Novakovich, the Marquette commit, has quickly made himself a valuable addition to the team in his first camp/international event with the youth national team.

After scoring 22 goals in 19 games with Chicago Magic PSG in the Development Academy this season, Novakovich earned the attention of head scouts across the country. Following a strong camp at the StubHub Center earlier this month, the tall striker played his way into a starting role with the U17 MNT.

Prior to the Monday’s win, the U.S. beat Japan 2-1 in the opening game. The host nation opened the scoring early in the first half, but the Americans bounced back with goals from Rubin and Novakovich.

On Sunday, the U.S. youth team defeated Croatia 4-2 behind goals from Corey Baird, Chris Lema, Rubin, and Novakovich. The victory snapped a lengthy undefeated streak for the European side, which stretch over two years and included wins over Spain and France recently.

Along with the stellar play of the forwards, defenders Tommy Redding and Shaquell Moore also did well at the tournament. Moore finished with a pair of assists from the games, as the right back showed off his quality in the attack that has made him a desired commodity of European clubs.

Both Croatia and Japan have qualified for the U17 World Cup in United Arab Emirates in October. The draw for the event will take place on August 26.

The U.S. came up short in its bid to qualify after a 3-1 loss to Honduras in the CONCACAF Championship Quarterfinal stage. It marked the first time that the Americans failed to qualify for the U17 World Cup.

The next event for some on this team will be Northern Ireland’s Milk Cup where the U.S. U18 MNT will face Mexico, Northern Ireland, and Denmark. The opening game kicks off on Monday July 29.

The 1996 age group also has a mega-camp in Portland in August, which will mainly feature the players who did not make the cut for the Residency Program. The camp is scheduled to kick off on August 8.