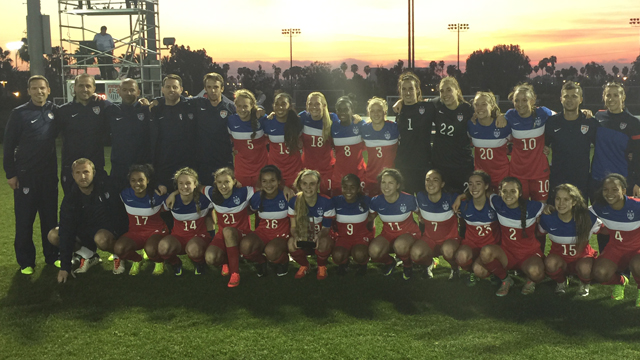 CARSON, California - The U.S. U17 Women’s National Team won the 2015 NTC Invitational on Sunday with an impressive 3-1 win over defending World Champions Japan. Ashley Sanchez, Emina Ekic, and Brianna Pinto scored all the goals in the second half as the U.S. captured the hardware on a balmy Southern California evening.

Mexico defeated Canada 2-1 in the earlier game of the day thanks to a pair of goals from Sockers FC standout Celiana Torres. Mexico finished third at the event.

The U.S. started the game like a pack of hungry wolves looking to feed on winning the ball back at every opportunity and benefitted from the unreal work-rate of strikers Rachel Jones and Ashley Sanchez. The constant buzz from the twosome set the tone for the defensive efforts, but couldn’t break through the Japan final line early on in the game and it was the visitors with the surprising early chance.