U.S. U17 WNT is preparing for everything 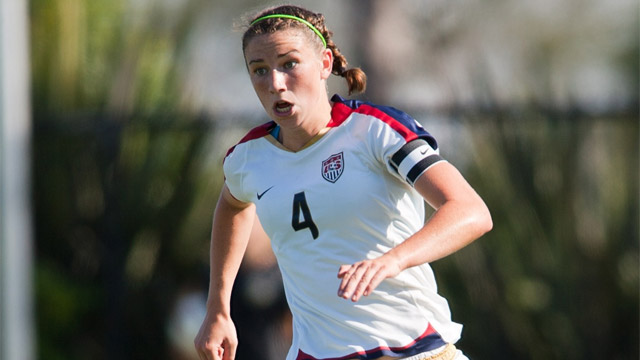 The format of the CONCACAF Championship is tricky even for the heavy favorites.

Look no further than the past two trips through the World Cup Qualifiers for the U.S. U17 Women’s National Team as a perfect example.

In 2008, the U.S. cruised through group play and then met Mexico in the semifinal round for a spot in the World Cup. It took a goal in the 92nd minute from Crystal Dunn to push the U.S. past Mexico 1-0.

Two years later, it was the same story all over again with a resounding +32 from the three victories in pool play. Yet, in the semifinal round, the scoring well dried up and Canada held the Americans scoreless. The U.S. lost 5-3 in penalty kicks and failed to qualify for the World Cup, despite finishing the event undefeated. 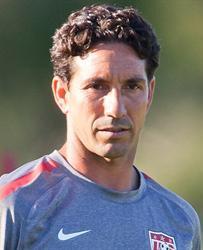 Given that precedent for heartache, current U.S. U17 WNT head coach Albertin Montoya is making sure his group is prepared for anything they will face in Guatemala when CONCACAF Championships begin on May 2.

On Wednesday, he used a scrimmage against college side UC Irvine as a chance to put his team into a challenging situation.

“I wanted to go down to 10 players and see how we adjusted,” Montoya told TopDrawerSoccer.com after the game. He was referring to how he purposely pulled a player off the field for 15 minutes, leaving his team shorthanded. “Next game, we are going to start with the mentality we are a goal down and see how we adjust to that.”

The psychological challenges from qualifying are something that the coaching staff is factoring into the equation too.

“Anytime you go into qualifying, you have to expect the unexpected – not only what happens with the other team but also the referee, the times getting changed on you, etc,” the coach added. “You have to be mentally strong and prepared for anything.”

Preparation is key for this group, and this group has spent the last few camps planning on how it will attack the opposition.

The style of play was evident in the 80-minute scrimmage on Wednesday, as the U17 team defended as a group in convincing fashion during a shutout victory over the Anteaters.

“If we apply this type of pressure, it will difficult to play against us,” the coach said. “But that is not good enough; we need to keep it when we win it. This is how we are going to play. We are going to go at teams.”

The circumstances can be unpredictable in one-off situations, but the coach is making sure this group is organized enough to face anything.

“You just never know what is going to happen in qualifying, so I want our players prepared for anything that is thrown at us.”

U17 Training Camp Roster By Position: