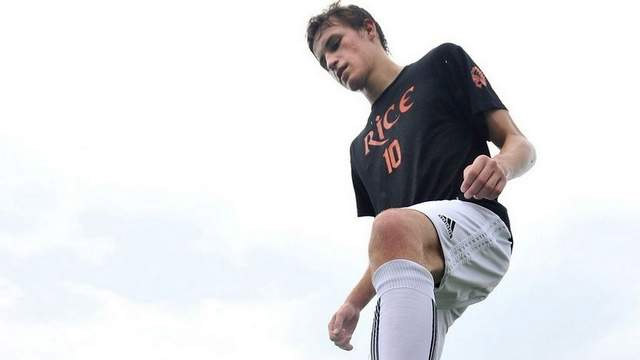 But even prior to going through a week of training with coach Javier Perez, Habrowski had made an important leap in his career.

Just prior to joining the U18s, Habrowski gave his verbal commitment to Notre Dame for the 2013 season.

Habrowski is our No. 26 ranked player in the Top 150 and a player built to thrive at the college level. Georgetown, Stanford, Penn, and Northwestern all made his final list before the Michigan native tabbed the Fighting Irish.

“I decided on Notre Dame because it was the best fit for me. It will provide me with a great education, it is a mid-sized school with a catholic identity that is close to home, and I feel that the soccer environment suits me,” Habrowski said.

Habrowski will join another Top 150 prospect Brandon Aubrey at Notre Dame beginning in 2013. A 6-foot-1 defender for Crew Soccer Academy Wolves, Habrowski is a smart player with a good left foot. But he’s more than that.

“I look at myself as a leader on the field. I think I’m a strong center back who can command a team,” he said. “I try to bring determination and a competitiveness that elevates those around me.”