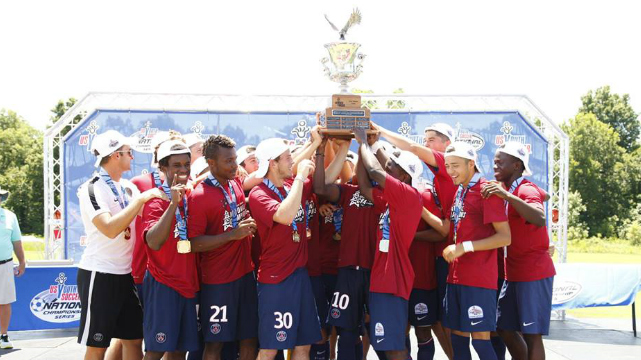 The US Youth Soccer National Championships in Tulsa was typically studded by star performers from every corner of the nation from a variety of age groups. TopDrawerSoccer.com was on hand all week to suss out the best of the best, leading us to our Best XI series from the event.

This is the Boys Best XI from the week-long fracas, which put on display a number the best prospects around.

GK Thiago Pereia, FC Golden State U18: Looking for a prototype goalkeeper in every sense of the word? The U18 champs had it in Pereia, who had quicks to both posts, good instincts for flashing out beyond his line and an eery sense for tracking aerial flights into his box. The 2016 has another year at the club level, which should suit his developing game, but the best boys keeper in Tulsa had quite the week.