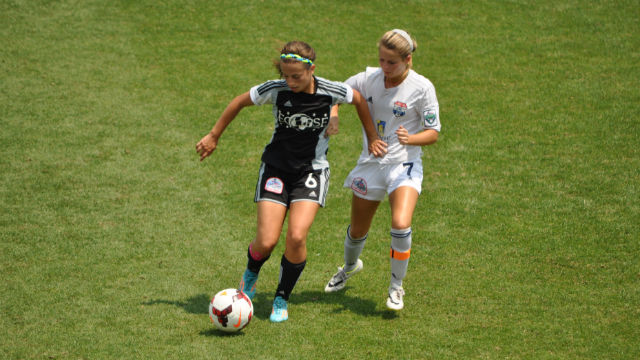 BOYDS, Maryland — The second day of action at the 2014 U.S. Youth Soccer National Championships was fraught with heat and humidity that left its mark on the day’s games.

Action started out fast and furious as teams searched for openings against their opponents, but in a number of the games, the heat took its toll, slowing down the action to a crawl at times.

It was also a day of important matchups, as Wednesday marked the final chance for some teams searching to keep semifinal hopes alive.

Here’s a look at some of the best girl performances from the day: