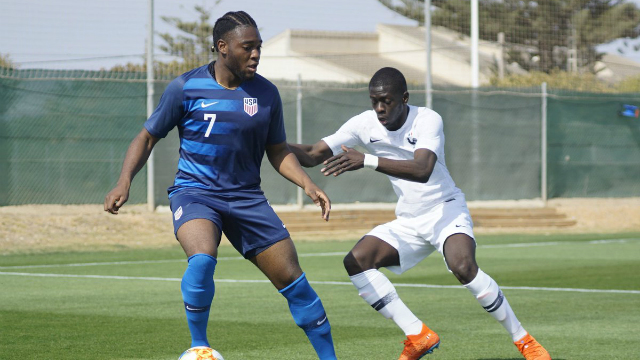 The U.S. U20s and U23s have both made the trip, getting the chance to square off against international opponents.

After going down 2-0 against France, the U.S. Under-20 MNT rallied to draw by a 2-2 score in the first game. Goals came from Konrad de La Fuente and Christian Cappis. Head coach Tab Ramos made several changes as the second half progressed, with one eye on the World Cup roster.

🗣 It’s how you respond to adversity.

Down 0-2 to France, the U-20 #USMNT earned a draw with clutch goals from Konrad De La Fuente and Christian Cappis. pic.twitter.com/pMcEVrPptm

In the second game of the day, new U.S. U23 MNT head coach Jason Kreis got his first look in a competitive fixture. The U.S. lost 2-0, with goals for Egypt coming on either side of the half. Midfielder Djordje Mihailovic had one of the best chances to open the scoring in the first half, forcing a save from the Egypt goalkeeper from a free kick about 30 yards out.

Kreis trotted out two separate XIs, making 11 changes after the U.S. trailed 1-0, conceding a goal from a corner kick. The second half squad were unable to get back into the game, with a late Jackson Yueill chance offering the opportunity for a late consolation goal.

The Under-23s are back in action on Sunday against the Netherlands, while the Under-20s play their second and final game on Monday against Japan.