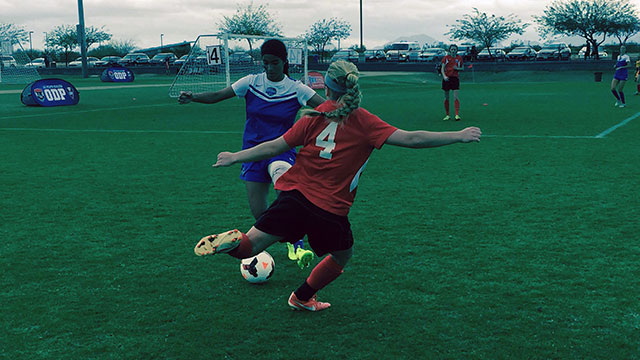 The ODP Championships came to a close on Sunday with Cal South taking the sweep, but these players caught our eye.

Kelsie Stone - Illinois 99 - Stone is the perfect last name for a girl who faced 24 shots from Cal South without giving up a goal. Sometimes a keeper can weather the storm due inaccurate kicks, but that wasn’t the case on Sunday. Stone’s diving saves, especially the one that stopped a Hannah Sharts bullet in overtime, were examples of an elite athlete performing at her absolute best.

Kerry Abello - Illinois 99 - Abello had the difficult task of keeping cool, calm and collected while backed up against her own goal for all but two minutes of the first half against Cal South. She managed to match up brilliantly against Sophia Seraphin, who scored twice in the semifinal, and wrestled possession away from the attacking Cal South offense as many times as it took to keep the game close.