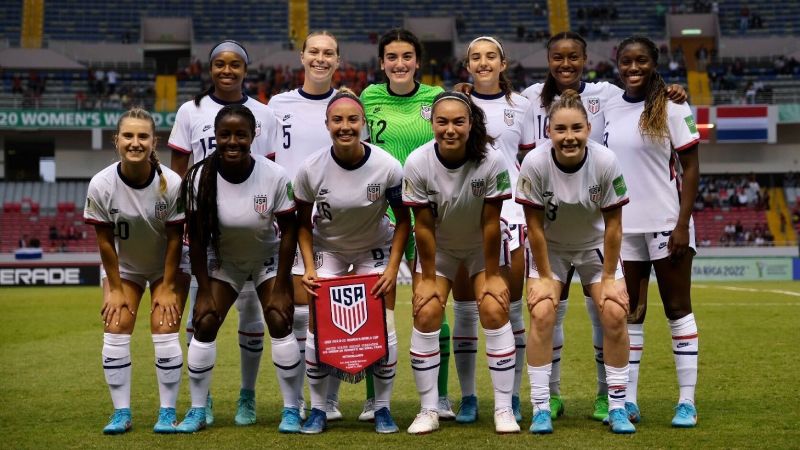 There was certainly enough contact for Danique Noordman to fall. She’d cut in front of US midfielder Talia DellaPeruta just inside the box, who dangled her leg just enough for the Netherlands midfielder to go to ground. It was, perhaps, a soft foul — certainly one to protest. But at 2-0 down, and 60 minutes in, DellaPeruta had few words of disagreement. The ensuing penalty was smashed home, and the US U20 Women were left defeated, watching their opponents celebrate.

That third goal encapsulated a frustrating night on matchday two of the U20 World Cup. The US women had their moments, but a series of defensive lapses and a lackluster attack cost them — eventually falling 3-0.

Although the US had more shots, the Dutch attack was more clinical. They made of their chances, netting of a corner, a long range strike and a penalty — showing an attacking flexibility that proved to be the difference on the night. Sanne Koopman grabbed an opening goal in the 32nd minute. A wonderful strike from Dana Foederer followed shortly after half time, before the penalty — lashed in by Koopman — sealed the win.

Here are three takeaways from a disappointing night in Costa Rica.