USL Roundup: An array of approaches 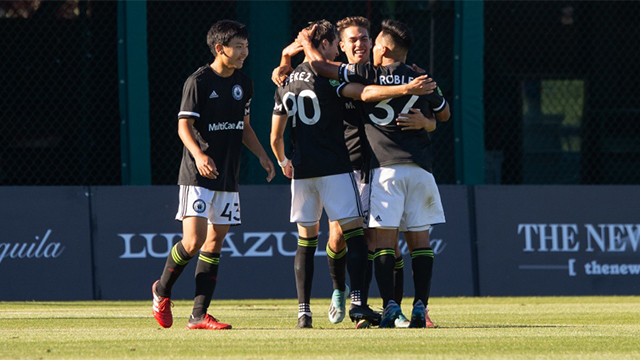 The approach of MLS-run teams in the USL Championship or League One has varied over the past few years.

Some teams load up on veterans, hoping to push one or two on to the MLS side. Others have relied on younger players, mixing teenage signings with amateur academy players and seeing more experienced independent sides run up the score.

Over the past week of USL games, the Tacoma Defiance tweaked approach stands out. Previously, the Seattle Sounder-run organization leaned on several younger players, ending up losing games by high margins. However, the team has signed a handful of slightly older players, first-year players out of college like Danny Reynolds or Jesus Perez, and experienced USL veterans such as Collin Fernandez and Taylor Mueller.

That bore itself out in Monday night’s 4-0 win against Timbers 2, a jarring contrast to previous seasons where the Defiance defense was a revolving door. That’s not to say Seattle didn’t rely on academy products in the lineup; Alec Diaz scored a pair of goals, and was one of six academy signings to start the game. Sota Kitahara started in the midfield on an amateur contract.

One result against a Timbers 2 team that has struggled to demonstrate a clear strategy in the USL isn’t necessarily a harbinger of things to come. Tacoma’s only two wins of the season have been shutouts against T2.

Better teams are on the horizon. The argument could also be made that several of the players on the field have picked up valuable experience in previous seasons is now bearing from. But the Defiance’s approach this season yielded a notable outcome, especially when looking at the injection of experience in a few positions on the pitch.