USL Roundup: Redzic at the double 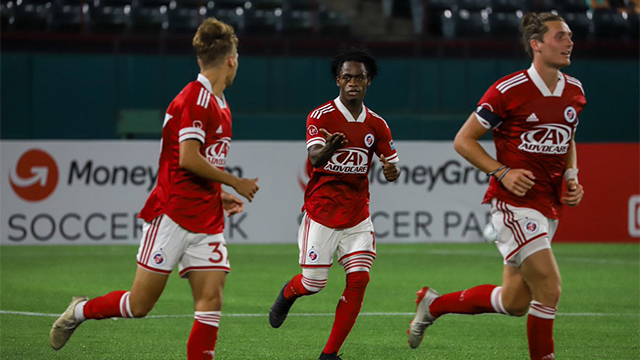 Every week, TopDrawerSoccer highlights some of the notable performances of pro prospects from around the USL Championship and League One.

Through three games, FC Dallas Academy player Benjamin Redzic is in the running for top scorer in USL League One. Redzic came off the bench in North Texas SC’s most recent game, a 2-2 draw against the Chattanooga Red Wolves.

Redzic nearly boosted NTSC to a come-from-behind win, but his side’s 2-1 lead lasted just a minute, settling for a point at home. Redzic now has three goals in three games, trailing Chattanooga’s Greg Hurst for the lead league.

He’s far from the only young, up-and-coming player to feature over the weekend. Center back Justin Che struggled on the first goal Chatanooga gave up but looked polished and calm in central defense; attacking midfielder David Rodriguez can make things happen when he finds the ball. Collin Smith made a cameo from the bench, playing 11 minutes. Of the FC Dallas Academy graduates actually signed to the first team, Thomas Roberts was the lone one to see minutes in this game.