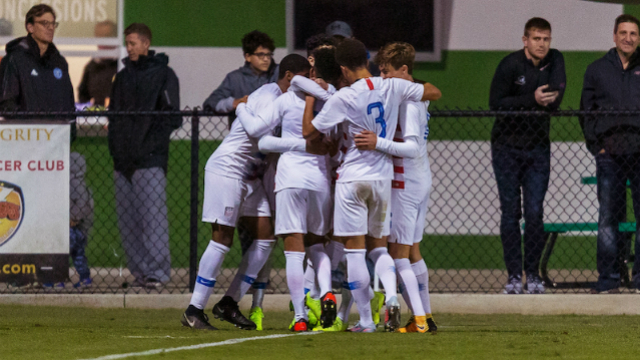 New U.S. Under-17 Men’s National Team head coach Raphael Wicky has named a 26-player roster for his first training camp in charge of the team. Running from April 4-8 in Lakewood Ranch, Fla., the camp will serve as the team’s final preparation before kicking off the 2019 Concacaf U-17 Championship in May.

“I’m really excited to begin this journey with my new team,” Wicky said. “I’m looking forward to meeting both the players and the staff. I have spent a lot of time watching film and studying the players, as well as talking with clubs and U.S. Soccer leaders, which has prepared me well for this camp. Now, I finally get a chance to work with the players in person and prepare them for World Cup qualifying.”

The training camp will provide Wicky his first opportunity to work with the U-17 player pool ahead of the U-17 World Cup qualifying tournament where the U.S. will aim to qualify for a record 17th World Cup at the U-17 age level. The USA will face Canada (May 2), Barbados (May 4) and Guatemala (May 6) in the group stage of the 2019 Concacaf U-17 Championship, which will be held at IMG Academy in Bradenton, Fla.

Twenty-four of the 26 players headed to Lakewood Ranch have spent at least one season in the U.S. Soccer Development Academy. Twenty-two have played in the current 2018-19 season, including every player currently based at a U.S. club.