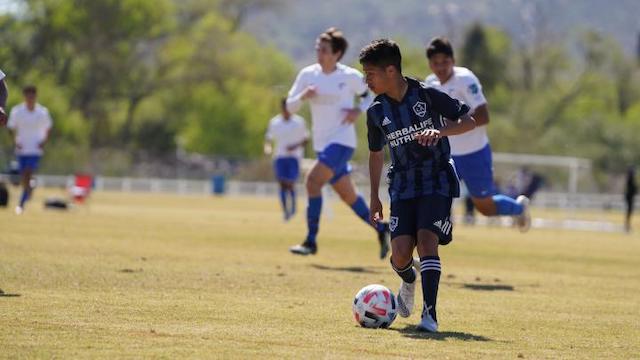 U.S. Soccer hosted a Regional Identification Center in Carson, California last week for the boys youth national team program. The event featured the best players in the 2003, 2004, 2005, and 2006 age groups in the region.

LA Galaxy led the way in the 2005 age group with 10 of the 30 players on the roster. Notably, Mexico youth international and current LA Galaxy II professional Alex Alcala was included in the roster. LAFC provided eight players to the roster including standout Diego Rosales who recently made his debut with the Las Vegas Lights in the USL. Francis Jacobs (Orange County SC) and Ansu Kanneh (Phoenix Rising) were also included on the roster. Both Jacobs and Kanneh have already made their debuts at the USL level. Jacobs was signed to a professional contract with Orange County SC on August 12, 2009. Kanneh is playing for Phoenix on an academy contract.

Luke Cantafio and Xavi Gnaulati are the representatives from the Boys ECNL. Cantafio plays for Strikers FC and Gnaulati plays for San Diego Surf, both previously members of the Boys Development Academy.

Joseph Buckley, Brooklyn Raines, and Alex Lopez make up the talented trio from Barca Residency Academy. All three have experience at the youth national team level in the past and feature prominently on the Barca Residency Academy 04 squad in the MLS Next league. (Update: Raines has been playing with the club's 02/03 squad this season).