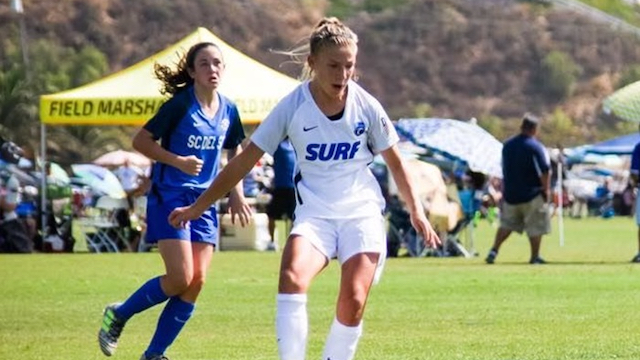 U.S. Soccer is hosting a YNT Regional Identification Center in Southern California on May 19. The top players from the area in the 2003, 2004, 2005, and 2006 age groups are scheduled to attend the event.

In the older age groups, there were 30 players called into the 2003, 2004, and 2005 identification center event. Both Youth National Team head coaches Laura Harvey and Tracey Kevins are scheduled to the attend the event. Marieke Laurens, Jenny Bindon, Robert Gallo, Tom Hurdle, and Justin Saunder are scheduled to work the event.

From the 2003, 2004, and 2005 age groups, So Cal Blues leads the way with seven players called into the camp. Beach FC has six players on the roster. LAFC Slammers and Legends both have three on the roster.

One of the surprises of the roster is the new club listing for the Thompson sisters. Alyssa Thompson and Giselle Thompson are both listed as part of Total Futbol Academy. They previously played for TFA at the U12 level in the Boys Development Academy back in 2017. Both joined Real So Cal and played up a number of age groups in the Girls Development Academy previously. TFA does not have any girls teams listed on the club website.