Young Americans Abroad: Back in action 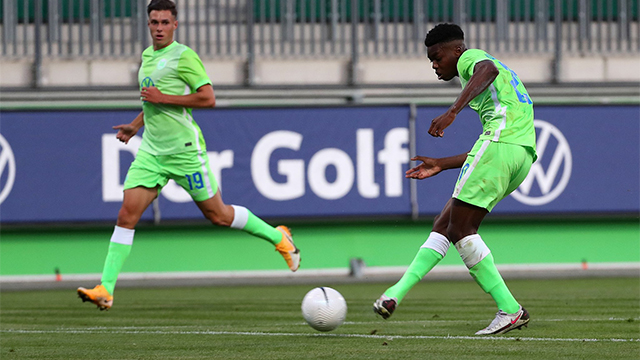 Each week, TopDrawerSoccer will provide a snapshot of some of the top Americans seeking to make the grade at clubs in Europe. This won’t be covering the bigger, more established players on first teams.

Hopes are high for Richie Ledezma as he continues the new season in the Netherlands.

The attacking midfielder remained in the starting lineup for Jong PSV, playing the full 90 minutes in a 2-1 defeat in the Eerste Divisie (Dutch Second Division). Ledezma and his side lost to FC Eindhoven, but the midfielder tallied his first goal of the 2020-21 season, finishing nicely in the penalty box. He got himself into dangerous spots, getting three shots off and contributing 0.3 expected goals.

Left back Chris Gloster was back in the starting lineup for Jong PSV and enjoyed a solid showing. He led the team in pass attempts (82) completing 85% of them.

For the other prominent youth national team veteran in the Eerste Divsie, it was a mixed bag for Alex Mendez as he returned to the Jong Ajax starting lineup. Playing in his preferred central midfield spot, he flashed some positive moments, connecting play quickly and getting possession ticking over. There were also moments where he lost the ball in dangerous spots or was unable to get a physical challenge in. With his side up 2-0 late in the second half, Mendez conceded a penalty kick from a free kick (albeit the call appeared to be pretty harsh).

The best moment of the game came with an assist in the 59th minute, slipping Brian Brobbey in behind. Jong Ajax won 3-0 against Go Ahead Eagles.

While Giovanni Reyna was busy scoring goals for the BVB first team on Saturday, the rest of the German youth leagues saw Americans step back on the field.

Reyna wasn’t the only player from the U.S. to score in a game in Germany; Bryang Kayo made his second competitive appearance for Wolfsburg II, scoring a goal in a 3-2 win. He was subbed out in the 79th minute, completing 94% of 24 passes before exiting. Michael Edwards also entered the game in the 20th minute on the back.

Also on the books at Wolfsburg, Kobe Hernandez-Foster played the full 90 minutes for Wolfsburg Under-19 squad, which lost 3-2 against Werder Bremen.

Christopher Richards made his Bundesliga debut for Bayern Munich, coming into an 8-0 win against FC Schalke. Richards played two games in two days, as he started in Bayern II’s 3.Bundesliga opener versus Turkgucu Munich. Richards lasted the 90 minutes of a 2-2 draw, earning a yellow card. There was plenty to like about the performance, as he completed 94% of 49 passes attempted and had the second-most interceptions on his team (7).

Dortmund’s rival Schalke featured a couple of young Yanks on the Under-23 team. Nick Taitague was in the starting lineup, while Matthew Hoppe came off the bench in a 2-0 win over SV Rodinghausen. Hoppe won a penalty after entering the match in the second half.

Another former U.S. youth international, Nicolas Carrera, made his debut for Holstein Kiel’s Under-19. Carrera played the duration of a 1-0 win against Chemitzer FC.

Center back Niklas Dossmann started for FSV Mainz Under-19, paving the way for a 5-2 win in their A-Junioren Bundesliga Sud/Sudwest opener.

Quincy Butler was a second half sub for TSG Hoffenheim II, entering in the 69th minute of a 3-0 loss.

The goals were flowing for Malick Sanogo, as the U.S.-eligible forward scored a hat trick and assisted on his team’s fourth goal in a 5-0 trouncing of Wolfsburg Under-17s.

Action over in England picks up pace

U.S.-eligible center back/defensive midfielder Owen Otasowie entered in the 61st minute for Wolverhampton Wanderers’ Under-23, which drew 2-2 against Leeds United in the Premier League 2. Otasowie would be eligible for the 2021 Under-20 World Cup, should the cycle take place.

Damian Las started for Fulham’s Under-18, as his side won by a 3-1 score against Brighton.

Gomez gets first goal in Portugal

U.S. Soccer fans might be more familiar with the younger brother of Johan Gomez, as Jonathan has enjoyed a solid professional debut season for Louisville City FC in the USL Championship.

But the elder Gomez, currently with FC Porto in Portugal, hit a milestone of his own over the weekend, scoring for FC Porto B in a 4-0 win against Vizela. Gomez's team competes in the Portuguese second division. Gomez tallied the game's third goal, and perhaps more interestingly, appeared to play in a slightly deeper role before exiting as a substitue in the 81st minute. A forward at FC Dallas Academy, he did well enough with the assignment, providing several dangerous late runs into the box. He completed 75% of his passes (out of 28 attempts) and supplied two key passes. More importantly, he lost the ball just one time and won 55% of his challenges.

All video and stats cited courtesy of InStat Football.