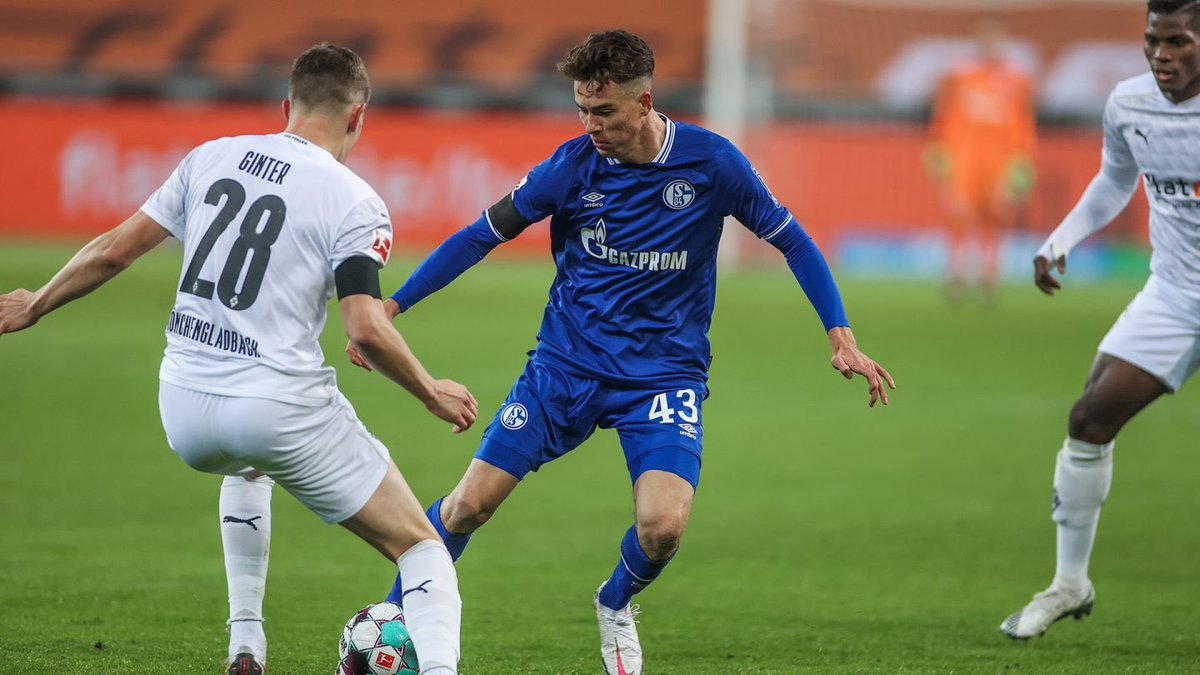 While it’s been a difficult season in the Bundesliga for Schalke, it did open the door for one American to make his debut over the weekend.

Forward Matthew Hoppe, who joined the club in the summer of 2019, started for his club team in Saturday’s 4-1 defeat at the hands of Borussia Monchengladbach.

On a team struggling in the final third, Hoppe wasn’t too busy, trying to do his best to link play with his teammates and hold off the more physical Bundesliga defenders. The stats were decent – he completed only 60% of 15 pass attempts, and 18% of 11 challenges.

He wasn’t the only player to make a first league start over the weekend. Midfielder Richie Ledezma, who made his debut for the U.S. men’s national team debut earlier in the month, started in his first game for PSV in the Eredivisie.

Ledezma completed 80% of 50 passes attempted for the Dutch side, which picked up a narrow 1-0 win against Sparta Rotterdam. It marked the second straight game he played for the first team, having come into Thursday’s Europe League match.

The weekend after making his first team debut for Barcelona in the Champions League, Konrad de la Fuente was back with Barca B, starting and playing 90 minutes in the 2-1 win. He punctuated an impressive shift with a very nicely taken goal.

That includes fourth division sides in some parts of the country, with the third division and up still playing across Germany. Taylor Booth was in action, starting and playing 74 minutes for FC Bayern II in a 2-0 loss on Saturday.

Otasowie, Tomkinson in action at U23 level

Youth games in England continue to play through the country's lockdown, with Owen Otasowie starting and playing 89 minutes in Wolverhampton's 3-0 win against Newcastle United in Premier League 2 action.

Former U.S. U17 pool player Jonathan Tomkinson also started, going the full 90 in a 0-0 draw against Burnley this past Friday.

Gomez back on the field at Porto B

Johan Gomez was back in the starting lineup for FC Porto B, which defeated Arouca by a 3-2 score in the Portuguese Liga Pro.