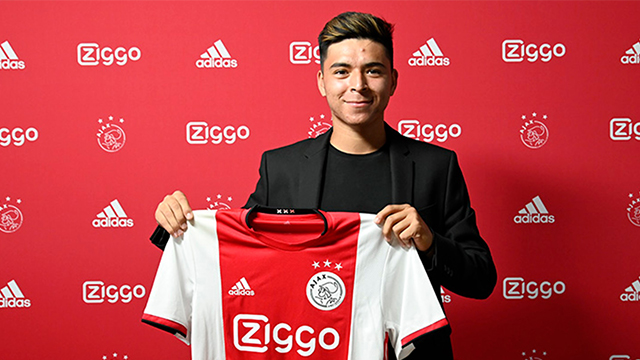 The European club season kicks off soon (and is underway in some countries).

Preview some of the Americans set to look to breakthrough in the Netherlands, Denmark, Spain and more.

With the news this week that Alex Mendez has signed from SC Freiburg in Germany to join Ajax, the Dutch powerhouse now has three on its books. Mendez, who featured at the Under-20 World Cup this past summer, has a huge opportunity to refine his already cultured game at one of the best destinations for youth development in the world. He’ll start the season with Jong Ajax, where U.S. teammate Sergino Dest played last season. The outside back made his debut in the Johan Cruyff Cup against PSV, and he could be in the first team plans this season, depending on his performances and who remains fit for the first team. At youth levels, U.S. U17-eligible winger Joshua Pynadath will try and make a case for the World Cup squad in October as he joins Ajax's Under-19 team for the upcoming season.

The other prominent American cutting his teeth in Holland is Richie Ledezma, who like Mendez, is set to start the season at Jong PSV. Small knocks have kept him out of action in the preseason, which puts his first team chances behind the eight-ball at least early in the season. But his performance against France at the Under-20 World Cup serves as a reminder that he has the ability to make magic happen, provided he is healthy and putting in performances he is capable of.

Outside of Hobro IK first team players Emmanuel Sabbi and Christian Cappis, there aren’t a plethora of young Americans plying their trade for clubs in Denmark. That’s going to change of course, with the FC Helsingor project seeking to provide opportunities for younger players in the Danish third division. Zico Bailey and Jeremy Rafanello are two of the early domestic signings, with the latter leaving Penn State after his freshman season to pursue the opportunity.

Former Sockers FC forward Aidan Liu is the other name to know, as he signed with Vejle BK earlier this season in lieu of a commitment to Louisville. Liu’s a tall, classic No. 9 that is likely to start the season with Vejle BK II.

U.S. fans got their first long look at Konrad de la Fuente, as the FC Barcelona winger was part of the U.S. Under-20 World Cup squad. Born in 2001, he remains eligible for Barca’s Juvenil A side for the upcoming season, and should once again get minutes in the UEFA Youth Champions League.

Another U.S. U17 World Cup-eligible player is with Villarreal, as Jack Imperato recently finished up his first season and is back in Spain for preseason. Born in 2002, he’ll be targeting Juvenil A games as he looks to make inroads. The same can be said for Mukwelle Akale, who has spent several years looking for his breakthrough at Villarreal. He’ll likely be with the B team once again this season.

Forward Cade Hagan made the move to Sporting Gijon on an academy deal earlier this year, and after returning to compete in the Development Academy playoffs this summer, is once again heading back to Spain. He’s another 2002 that is eligible for this year’s U17 World Cup.

Despite the fact that he didn’t get a minute of time at the Under-20 World Cup, there’s still a chance that CJ Dos Santos could end up being the best of the three goalkeepers on the U.S. roster. That’s not meant as a knock on either Brady Scott or David Ochoa, but rather the pedigree and tools Dos Santos possesses. Born in 2000, he’s aged out of any Under-19 action, and will need to make a case for himself with Benfica B this season.

Others to Know: Patrick Leal (Sporting)

There are very few Americans plying their trade in Italy, whether at Serie A or another team. Defender Gennaro Nigro, who signed with Roma in 2018, announced on Twitter that he had signed a new contract with the team for the upcoming season. He played intermittingly with the Under-19s last season, and is now only eligible to get minutes with the reserves in 2019-20.