Young Americans in Europe: A goal for Ajax 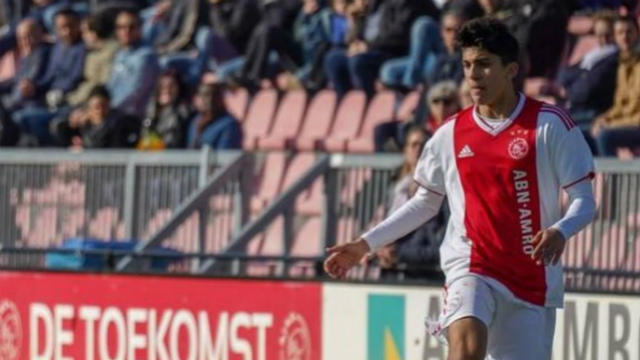 Welcome to a new weekly feature, tracking young Americans playing for Academy teams in Europe. Each week, we will provide a roundup of minutes played and performances from U.S. youth national team players around the continent competing in youth sides. Once players move to the first team, they will no longer be tracked, as other outlets provide those rundowns.

U.S. Under-17 MNT qualifying is just over two months away.

And while the U.S. may not have a coach, one candidate for the team continued his 2018-19 season by finding the back of the net over the weekend. California native Joshua Pynadath started and scored a goal for Ajax Under-17s on Saturday, as the Dutch power defeated PSV Eindhoven by a 2-1 score.

Pynadath certainly got some help from a PSV goalkeeper that have done better on his shot, but he took advantage of finding space and time in the box. He was also involved in the second Ajax goal, as he laid the ball off for his teammate to dribble into the box and finish. Check out some individual highlights from Saturday's game below.

Of course, there’s no way of knowing how Pynadath would fit into the U.S. U17 plans, with no coach in place to put together a roster for qualifying in May. The 2002 attacking winger provides an option at either 7 or 11, a position that could use some depth at this age group.

The winger wasn’t the only American to feature for an Ajax side last week; defender Sergino Dest remained a fixture in the Jong Ajax starting lineup. He played the duration in a 2-0 win against Telstar in the Dutch second division.

Mason Judge continued to feature for Eintracht Frankfurt’s B-Junioren team. Another U.S. U17-eligible player, he started and played the full 90 in a 2-0 win against VfB Stuttgart. Judge’s is a central defender that should figure into the qualifying squad this May.

The smattering of A-Junioren players in action continued to see minutes. Defender Michael Edwards continued his run in the Wolfsburg starting lineup, losing 1-0 against Werder Bremen. Forward Sebastian Soto and his Hannover side were held in check by 1. FC Magdeburg, losing 2-0 over the weekend. Zyen Jones went 76 minutes, but neither Schalke nor Alemannia Aachen scored in a 0-0 draw. Ian Hoffmann was in the starting lineup for Karlsruher SC's U19s, playing 75 minutes in a 1-1 draw against SV Stuttgarter Kickers.

A potential clash between Alex Mendez and Chris Richard was postponed, leaving the Freiburg-Bayern Munich U19 to be played later this year.

Two Americans were in action in U23 games in Germany. Isaiah Young came into Weder Bremen II’s 1-1 draw against SV Drochtersen/Assel, playing 37 minutes as a second half sub. Chris Gloster started and went the distance in Hannover II’s 1-0 victory.

Stroud, Ritaccio gets minutes in England

Another potential U17 MNT midfielder/defender, Peter Stroud was in action for West Ham Under-18s filling in as a right back. After going down a goal, West Ham scored three times to win by a 3-1 score.

Midfielder Matteo Ritaccio received the starting nod for Liverpool’s Under-18 side, which drew 1-1 against Newcastle over the weekend.

D.C. United U17 midfielder Philip Bogdanov started for Russia's Under-16 team last week, helping lead his team to a 3-0 win against Serbia. Bogdanov is a dual-national also eligible for the United States.