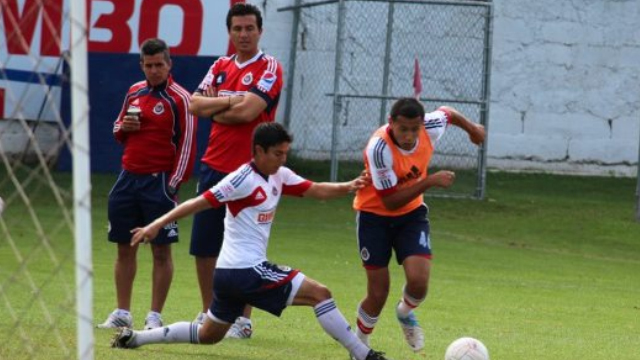 The 17-year-old recently spent time training with the Colorado Rapids of MLS and Atlante F.C. of Liga MX. 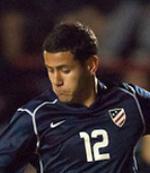 “My head coach Eric Yamamoto is good friends with a lot of the coaches over there [at Colorado] and he thought it would be a good chance for me to train with the Rapids,” Romero told TopDrawerSoccer.com about the opportunity.

The teenager went on to say that Atlante and Chivas [C.D. Guadalajara] spotted him and invited him down to Mexico for a trial.

“In Colorado, they told me that I played well and that I had a lot of potential,” he said of the Rapids. “[I] got asked to return for their preseason starting January 19th.”

Romero went on to say that Atlante asked him to come back as well. Romero's first trip to the Mexican club was cut short due to an ankle injury he suffered after training only “three times.”

The connection between Romero’s club head coach Yamamoto and Rapids head coach Oscar Pareja may have helped open the door for the forward, but his play on the field has done the rest.

Romero is one of the best forwards in the USSF’s Development Academy, the top league in the country for boys club soccer. He has 11 goals in 11 games this season after scoring 18 goals in 28 games last year while playing a number of games up an age group.

The talented forward was a key piece of De Anza Force’s run to a top eight finish in the U18 age group last season. Romero scored the game-winning goal in the final playoff game against Vardar (Michigan). He also had two goals during Finals Week where De Anza Force wrapped up the seventh place spot.

Romero was mesmerized by the experience of training with a professional club.

“The opportunity to train with the Rapids was an amazing opportunity,” he said. “Training with some of the guys that I’ve seen on TV and even seen play in the World Cup . . . it was just a great.”

Cornell junior Daniel Haber signed a two-and-a-half year contract with Israeli club Maccabi Haifa FC on Monday. The forward led the nation in goals per game and points per game in 2012 with 18 goals in 17 games.

“It is a dream come true for me to come to Israel and play for Maccabi Haifa, the biggest club in Israel,” Haber told the club’s official website after signing.

“I am delighted and very glad to join a club such as Maccabi Haifa that is the biggest club in Israel and known across Europe,” Haber added. "I hope everything would turn out and I would be able to play for the team, for me, as a Jew, it is a big dream to play here.”

Haber was on a two-week trial before he signed with the club. He scored two goals in the club’s U19 side’s 6-0 win last week.

Portland junior midfielder Steven Evans inked a Homegrown deal with the Portland Timbers on Tuesday. The 21-year-old is the second Homegrown signing in the club's history joining former Washington Huskies striker Brent Richards on the roster.

Evans scored 14 goals and added three assists in his final season with the Pilots. The 6-1 midfielder has a lethal shot from distance and a fairly consistent cross, despite the lack of assists in 2012. The Portland-native spent his summer playing with the Timber U23 squad in the USL Premier Development League.

On Saturday, Birmingham City and U.S. U20 Men’s National Team defender Will Packwood suffered a devastating injury that left him with a badly broken left leg.

The 19-year-old fractured both his tibia and fibula during Birmingham City’s 1-1 draw at Leeds United.

The promising talent went through two surgeries this week on his road to recovery, which has been estimated to keep him out at least nine months.