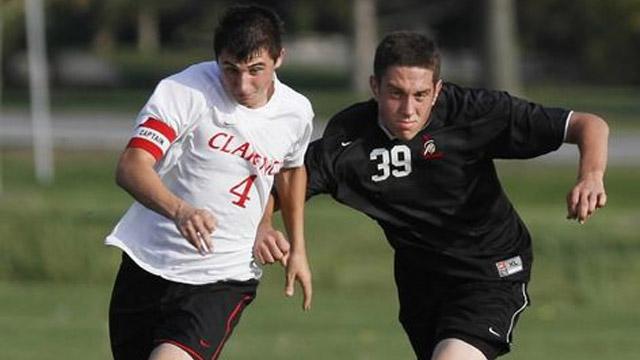 Things are really heating up around the U18 Development Academy League as we are less than two months from the playoffs taking place in Frisco, Texas at the end of June. 51 games were played around the country last weekend as teams at the top look to solidify their positions while those on the outside looking in hope to make their claim for one of the 12 wild card spots.

It’s a good time to be CDA right now. The club, based out of northern California, headed into the weekend unbeaten in ten league games and boasts three players from the recent U18 Men’s National Team camp in Grant Silvester, Seth Casiple and Daniel Cuevas Granados. 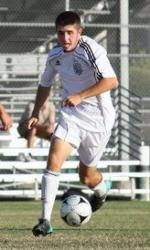 Connor Hallisey
They moved their unbeaten streak to eleven on Saturday with a 4-1 victory over Cal Odyssey. Silvester, Casiple and Granados were all in the starting lineup for CDA as they took on Odyssey, but it was Odyssey who took a first half lead through a Jesus Garcia goal. From there it was all CDA who won the game 4-1 behind two goals from Tyler Thompson and a goal from #62 overall ranked player Connor Hallisey. Cal Development struggled a bit in their second game of the weekend, but still earned a point against San Jose Earthquakes in a 2-2 draw.

Elsewhere in the Northwest Division, De Anza Force earned their third win in four weeks with a 3-0 dismantling of the Santa Cruz Breakers. Recent U18 National Team callup Stefano Bonomo opened the scoring for De Anza in the 28th minute while Jorge Herrera and James Huffer completed the scoring.

In the SoCal Division it was a big weekend for Arsenal FC who ran out 4-0 winners over Real SoCal behind two goals from both Dennis Flores and Julio Reyes. The win pulled Arsenal even with Chivas USA at the top of the division as Chivas USA and Los Angeles Galaxy played to a wild 2-2 draw. Chivas took a 1-0 lead in the first half through Pedro Velazquez before Justin Dhillon, our #59 ranked player of the 2013 class, looked to grab all three points with two late goals. However, a 90th minute goal from Daniel Castro forced both teams to share the points.

In one of the biggest games of the weekend around the country, CASL Chelsea scored a huge 2-0 win over Charlotte Soccer Academy to pull 11 points clear in the Atlantic Division. UNC Wilmington commit David Sizemore put CASL ahead in the first half while NC State commitment Monbo Bokar sealed the win with an 81st minute goal. CSA still sits comfortably in a wild card spot to make the playoffs.

Around a limited schedule in the south, Clearwater Chargers scored a 2-0 win over Weston FC while Weston FC defeated IMG Academy with goals from Brian James, Nicolas Perea and Verneri Valimaa. Jacob Kaye scored two goals for IMG in the loss.

SKC traveled to St. Louis this weekend to take on Scott Gallagher in a Missouri state showdown and Kansas City walked away with the spoils taking 6 points from the weekend. Against Scott Gallagher Metro on Saturday afternoon, Sporting scored a 2-0 win behind goals from Garrett Pulliam and Tom Adams. Kansas City followed up that win with a 3-0 victory the next day over Scott Gallagher Missouri with the goals coming from Adams, William Witherspoon and Shane Bowlen.

Garrett Pulliam
Upstarts Real Colorado were a close second behind Sporting for Midwest Conference team of the week as the division leaders went to Minnesota for the two-step against Shattuck-Saint Mary’s and Minnesota Thunder coming away with two victories. The stingy Colorado defense (11 goals against in 12 games) was on show in Saturday’s game against Minnesota Thunder, winning 1-0 from a first half goal from Ohio State commit Santiago Velez.

Real took over first place in the Frontier Division on Sunday afternoon coming from behind to defeat Shattuck-Saint Mary’s 2-1 with goals from Dustin Berg and Taylor Hunter.

In the Great Lakes Division, Indiana United was the big winners on the weekend defeating rivals Derby Count Wolves and Vardar in home games at Butler University. Maxwell Lachowecki (Notre Dame) led the way for Indiana United scoring two of the three goals in their 3-0 drubbing of Vardar on Saturday afternoon. That win was followed up by a 4-2 defeat of Derby County Wolves with goals from Lance Davis (Indiana), Max Odgaard (Dayton), Brycen Howard (Butler) and Andrew Oliver.

Down in Texas, Lonestar SC took advantage of the 1-1 draw between FC Dallas and Dallas Texans that we featured yesterday, winning both of their games to snag top spot in the division. In a wild game, Lonestar beat Texas Rush on Saturday scoring three goals in the first ten minutes and then holding off a furious Rush comeback to hold on for a 3-2 win.

The dramatics continued on Sunday as Khiry Shelton (Oregon State) canceled out a Jose Gonzalez goal and Domonik Small scored in the 89th minute to seal a perfect 2-0 weekend for the Austin team. Elsewhere goals from Barrett Barger, Brenden Lee and Colton Missimo sealed a vital 3-1 win for Solar Chelsea over Dallas-area rivals Andromeda.

Team of the week: Empire United

Out East, the divisional games are in full swing with vital games taking place up and down the eastern seaboard and Empire United made a statement in the Northeast Division winning both their games to move the divisional record to a perfect 4-0. Goals from Derek Maier, David Wright and Alex Swanger sealed a 3-1 victory over South Central Premier on Saturday while a second half goal from Maier earned a 1-0 win over Oakwood Soccer Club on Sunday. 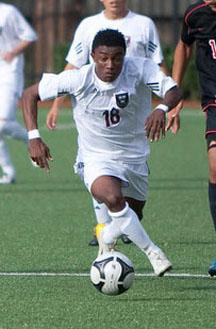 Christiano Francois
Right behind them are Seacoast United who equaled Empire’s success defeating Oakwood on Saturday 2-1 with late second half goals from Fazalhaq Nabi and Elijah Soko. They sealed a perfect weekend with a 3-0 demolishing of South Central Premier on Sunday behind goals from Nabi, Jimmy Petruccelli and Michael Bloom.

In the Mid-Atlantic Division, FC Delco staked their claim on first place with an emphatic 3-0 win over Potomac. Robert Friskey scored two goals in the Delco win while Ben Maurey added the third.

MLS side DC United, playing their first two divisional games over the weekend, earned four points with a 1-0 win over Match Fit Chelsea and a 2-2 draw with NJSA.

Finally, in the Liberty Division, Albertson SC scored the most eye-opening result of the weekend throttling Players Development Academy 6-0 behind goals from Manuel Montanez, Keith McKenna, Timothy Parker and Matthew Slotnick. PDA would bounce back on Sunday, however, with a 3-1 victory  over FC Westchester by two goals from Christiano Francois and one from Hayden Harr (Villanova).

Were you out at a Development Academy game this weekend? What did you see?