American System Part I, Is it Broken? 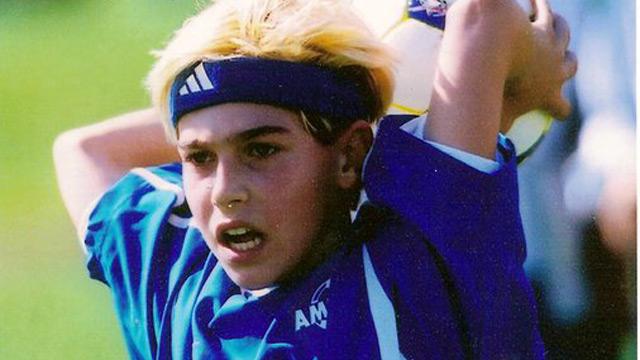 (Editor’s Note: This is the first of a 5-part article chronicling, through the eyes of his mother, the player development journey of one young man)

It took an eleven year old to tell us that something was ‘wrong’ with his development as a soccer player in the U.S.

Our son, Zack, began playing soccer nine years ago at the elderly age of eight.  Our world turned upside down on a spring day in an elementary schoolyard soccer game where our soccer clueless son volunteered to play keeper.  Within a day, I received a call from a dad/coach asking for Zack to play keeper on his son’s 3v3 team.  Zack bounced up and down in front of me whispering “please, please, please” and not knowing any better, I said yes.  I sent that poor little pup out to his first game in baseball spikes because you know, spikes are spikes, right??  I fondly remember those $15 Mizunos every time I lay out over $200 for Nike Vapors in the latest colourway and pause to thank God that my son hasn’t fallen victim to the lure of flywire technology. 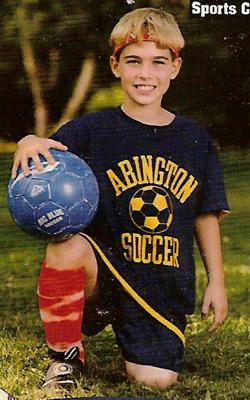 Zack in his baseball spikes.
It didn’t take long for Zack to move out of the goal and onto the field where he quickly became a goal-scoring terror.  At U9 and U10, he was blessed with size, speed, field vision, athleticism, confidence and brains which we later learned compensated for his lack of technical ability.  I mean, who needs ball skills when at eight years of age you can run the 100 in 13 seconds flat, shoot lasers on goal from 30 yards out and throw the ball into the box from the midfield line.  He was so fast and his goals were so beautiful and we were so proud and he was so happy and our soccer clueless family all fell madly in love with soccer.  Of course, if you didn’t already see it coming, the inevitable happened.  In a few years, all the other kids got just as big, and fast, and smart, and well, it all started to fall to pieces.

When he came to the realization that he wasn’t ‘the best’ anymore, Zack didn’t quit soccer, but he wanted to and unfortunately for him, his father and I were – and still are - sadistic about not allowing our kids to quit on a commitment.  We talked a lot with him about why he was unhappy and we really listened to what he had to say.  He told us that he compared himself to opponents at some of the big tournaments our team attended and he wondered, "Why are they better than me?" He started to watch professional European and Latin American games and say, "Look at the things they are doing...why does the commentator talk about this player’s 'touch' or that player’s ‘footwork’...why don't we pass that much?"  These were questions we didn’t know how to answer, but we didn’t want to see him walk away from something he was so good at and  loved so much.  We made him a deal – we’d find him the best coaches and trainers within our geographical and financial means to help him develop those skills as long as he committed to work hard and continue to do well in school no matter where this ‘journey’ happened to take us.

We were ultimately responsible for our child’s development as a soccer player.

Am I an expert on what it takes to develop the ‘optimal youth soccer player’? No.  Am I qualified to evaluate a youth player development curriculum for our nation?  No, but a few years ago my husband and I stopped blindly trusting the coaches and trainers.  We – with our son - ‘took charge of his development and our first step in doing so was to educate ourselves.  We watched videos and read books on European and Latin American training methods.  We lived in front of Gol TV and FoxSoccer watching European and Latin American games asking our son to identify the ‘skills’ he saw that made these men world class soccer players.  We listened to the commentators and looked up the terms we didn’t understand.  When we went looking for his next club, we stopped looking to the highest rated clubs with the best win /loss percentages, National Championship records, and Division I college acceptance ratios and started looking objectively at the skill development methods of coaches at clubs big and small.

We talked to the parents.  We asked about the coach’s expectations for his players not only ‘on’ but ‘off’ the field as well.  For example, were the players required to practice skills outside of training sessions?  Did the coach regularly ‘evaluate’ those skills to ensure the players were practicing?  What was the coach’s philosophy on fitness, mental toughness, playing time and did they execute those philosophies during training and practice. 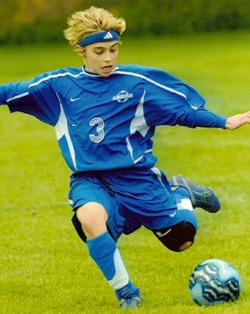 Zack's early days as a player.
If you are going to go this route, we warn you, tread lightly because we were criticized for ‘questioning’ the methods of some very highly regarded coaches, trainers, camp coordinators, and clubs.  This didn’t stop us.  We looked at our son’s soccer development like his scholastic education.  You can’t do algebra if you never learned your multiplication tables and you can’t aspire to be Lionel Messi if you can’t pass or receive a ball.  When our family set out on our quest for “good soccer”, we had no idea our son planned on making a run at being a professional soccer player, we just looked at him objectively versus other players his age and wondered why he wasn’t as skilled – was it ‘him’ or was it ‘the education’?

We were told by one highly-regarded coach that the male soccer player was done ‘developing’ at 13, therefore our son’s skills were fully developed, he’d peaked, this was as good as he was going to get.  I wonder where our son would be today if we believed him.  Of course, by then, we’d become accustomed to misinformation and took every opinion and bit of advice with a grain of salt.  Luckily for Zack, we chose not to listen to his opinion.

It appears that even our most trusted soccer coaches and trainers can’t agree on a curriculum for American youth player development, so what are we parents going to do?  I personally can’t tell you what is the best curriculum, but I can tell you that the first and most important thing we did as parents of a child that was ‘floundering’ in the ‘system’ is pack up all the trophies and stop counting the goals or lack thereof.  As an American soccer parent, letting go of the wins and losses and focusing totally on your child’s personal skill development as a youth soccer player will be the hardest thing you’ll ever do, but it’s the right thing to do.