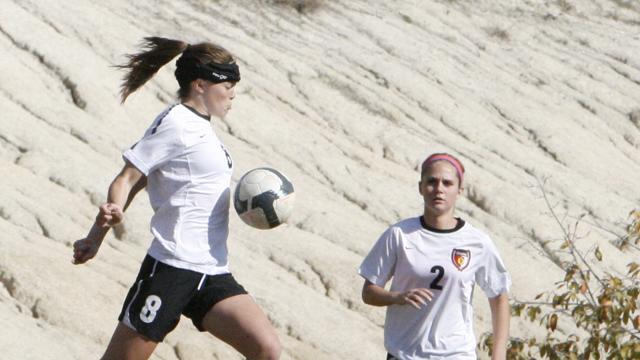 Elite showcases are designed to challenge and stretch the best players ECNL has on offer.

And this past weekend, players and coaches alike were tested to their limits at the ECNL National Showcase in San Antonio, as the league put on another successful showcase in the heart of Texas.

“It was another outstanding event,” ECNL commissioner Sarah Kate Noftsinger told TopDrawerSoccer.com. “The games were all competitive – with all showcase events for us, every game means something, every goal that’s scored for or against could have an impact in the overall standings. That feeling is always there and it brings another aspect to a national event.”

But with the success, there were plenty of obstacles teams had to overcome and contend with in the three-day window – including the presence of more than 275 coaches and scouts for the U.S. national team. 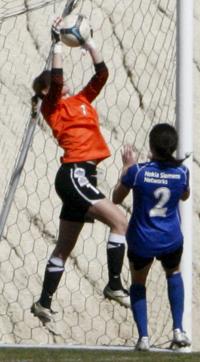 Dallas Texans' keeper Ashton Hierholzer
“It was a tough weekend,” FC Virginia U17 coach Paul Ellis told TopDrawerSoccer.com. “Physically, it was probably the most three demanding games we’ve played in a row in a long, long time.”

While Ellis’ side performed decently from a results standpoint – winning once and losing twice – the experience once again provided a chance to learn how to cope with the difficult demands of a high level event. According to Ellis, injuries pushed his players even further than other squads, as four girls couldn’t travel – adding to the strain of playing three games in quick succession.

“It’s very demanding, but obviously because of the travel distance and the cost, there’s no other way of getting three competitive games in without going back-to-back-to-back like that,” Ellis said. “Obviously it does affect the quality of the games the deeper they go into these events.”

Perhaps then it came as little surprise to see a number of the Texas-based clubs fare well in San Antonio, not only possessing a strong pool of talent, but also factoring in a shorter commuting distance to the event. Dallas Texans (7-1-1), FC Dallas (7-2-3) and Solar Chelsea (10-1-1) all sent at least three teams to the event and performing at a high level.

While the physical demands were evident, the games provided tough competition across the board. High-scoring matches were truly few and far between – though there was an odd lopsided result tucked into the final scoreboard here and there throughout the action-packed weekend.

“When you getting the top teams together, the games are very, very competitive no matter who you’re playing,” Ellis said. “When you’re looking at all the scores, there’s very few games that’s more than two goals. They’re always very, very tight. It was a well put on event, it was very good.”

In all, the experience across the three-day weekend left coaches pleased with the overall way things ran.

“We really love the atmosphere that surrounds [the tournament],” KCFC coach Huw Williams told TopDrawerSoccer.com. “When you warm up your teams you see the other games going on, and it’s just quality games all the way around.”

The next ECNL Showcase is scheduled for a little more than a month away in San Diego, California on March 31.

“It’s a quick turnaround, but I’m looking forward to it, and I hope the teams are as well,” Noftsinger said of the next showcase. “San Diego is going to be pretty neat. It’s a constantly evolving entity, and each time we want to improve, improve, improve.”